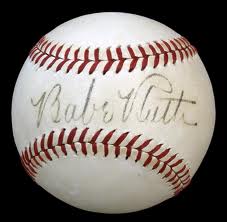 In a show of support indicative of the great City of Culver City, local businesses are rallying to assist Westside Baseball’s Westchester Babe Ruth World Series teams make their trips to Virginia and Washington, respectively.

With success comes expense, and the teams have been feverishly fundraising to offset the costs associated with taking fifteen players and three coaches to each series. Enter the helpful businesses of Culver City. Culver Crossroads (4114 Sepulveda Boulevard), the new shopping center on Washington and Sepulveda, has been instrumental in the fundraising. Culver Crossroads’ partner, Barry Knudson, explained, “Supporting our communities is fundamental to Culver Crossroads. The community gives so much to our businesses, we are delighted when we can give back.”

Culver Crossroads’ Zinga Yogurt and Blaze Pizza have opened their respective businesses and checkbooks to help out. Zinga not only provided much needed financial support to the players, but also hosted a Westside Baseball night. Zinga offers a wide variety of fat free and low calorie frozen yogurt flavors and over 50 toppings. Blaze Pizza, although not yet even open, joined in the support, providing an immense donation, and a promise of further support. Blaze Pizza, recently featured on Good Morning America, features a wide array of exceptional quality at pizzas at a freakishly fast speed (120 seconds for fast fired pizza). Blaze will be opening shortly.

Joxer Daly’s, always there to support local endeavors, once again stepped up to the plate with a large monetary donation. Joxer’s owner, Mehaul O’Leary commented, “These are our kids. They are tomorrow’s leaders. When a team can perform at such a level, in any arena, they deserve acknowledgement, encouragement and support of their community. I’m happy to be able to help.”