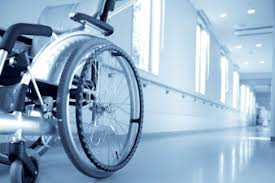 There was a flyer on my windshield when I came out of Pavilion’s on Saturday – Missing ! Jose Muniz – Last Seen at Brotman Hospital- and I thought oh yeah, this is going to end badly.

It has. Muniz’s body was identified, according to City News Service, as the corpse in the water at Playa del Rey this morning.

We all shake our heads and swear under our breath and say it again, “Brotman.” How can we allow this to continue?

Culver City does so many things so well; our high school students win statewide competitions, our restaurants are the talk of the Southland, our architecture has been featured on the cover of the New Yorker magazine. But we have a hospital that our own paramedics drive past as often as they can, to take someone elsewhere for medical care.

Another death in the headlines, and I have to wonder if they can even come back from this.

I actually tried to help Brotman Hospital a few years ago. I had been invited to a press luncheon, and while I got to chat with a number of city council officials and school district personnel, I was the only member of the local press in the room. We were given a presentation by the new chief of the emergency room, who gave out some very nice numbers about how much the ER had improved. Since these were in-house statistics, they were almost meaningless; There was nothing to compare them to or reflect them against. As Mark Twain noted, “There are lies, there are damned lies, and then there are statistics.”

I chose to pursue it. I published a post about the meeting, and went after them to find out more.

In a meeting with the then-head of community relations and the CEO, I offered my personal credentials; Local press, community activist, and raised in a medical household (my father’s family are MD’s going back generations.) I gave them my impressions of their situation and said bluntly, “If you can’t win back the faith and trust of Culver City, you are never going to get people in here.” I offered to do some writing – not PR, journalism. I said if they would let me talk to their doctors and their patients, and get some real statistics about how much they had improved, they had a good chance of beginning to get some traction with the people who really ought to be using the place – the people of Culver City.

I even tried to talk to them about sponsorship, maybe they should advertise on Crossroads, but was told they had an exclusive agreement with another site (who I noticed didn’t bother to attend their community-outreach luncheon.)  Which was just as well – I make it a point to stand behind my advertisers, they are all businesses I can personally vouch for. I could not – without the investigative journalism proposed – vouch for the hospital. I said if you are good then let me prove it; without some solid evidence, there’s nowhere for this to go.

They considered it, they said they really loved my ideas, they’d call me back, then another meeting with another administrator, great idea, we’ll get back to you…nothing ever came of it. Only by pursing them for weeks did I find someone with the guts to tell me no, they were not going to do it.

So they themselves assumed that whatever I would find out by being given permission to do the research would only reconfirm the public sentiment of ABB – Anywhere But Brotman.

The first part of the Hippocratic Oath says “Do no harm.” If the death of Jose Muniz can accomplish anything, it should force the administrators of Brotman Hospital to take a long, hard look in the mirror, and begin to take inventory. Changes must be made.

We have a hospital that ought to be a place for healing, not a place for hiding mistakes and fostering a culture of carelessness. Culver City deserves better. I still think Brotman can do better. But only if they choose to change. Own your mistakes and rectify them, and some real healing can begin.