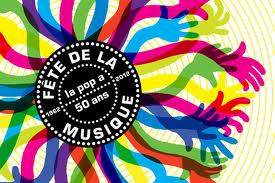 Le Fête de la Musique, also known as World Music Day, has become a worldwide music festival, and you can celebrate in Culver City on June 21 from 7 pm at La Dijonaise. The idea was first broached in 1976 by American musician Joel Cohen, then employed by the national French radio station France Musique. Cohen proposed an all-night music celebration at the moment of the summer solstice. The idea was taken up by French Music and Dance director Maurice Fleuret for Minister of Culture Jack Lang in 1981 and first took place in 1982 in France. Since that time, it has progressed around the world.

On Friday, June 21, the tradition of Le Fête de la Musique will come to La Dijonaise where Herve Albert and Guy Duchet — The Two French Toasts — will play in our patio.