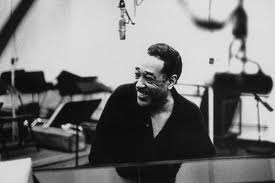 The Culver City Symphony presents the final concert of it 2012-13 Season, American Beat/African Influences. Despite being deprived of all worldly possessions, Africans forced to this country held on to their music. Unique African rhythms, and musical scales which are similar to Europe’s but with some degrees of change, influenced American Classical Music. This is a concert of familiar music and new discoveries of Black and White American Composers.

The concert is Saturday, June 8 , 2013, 7:30P.M., at Veteran’s Memorial Auditorium, 4117 Overland Avenue, Culver City; at the corner of Culver Boulevard and Overland Avenue. Free parking is available. This concert is under the direction Conductor/Music Director-Frank Fetta.

For additional information please visit our web site: www.culvercitysymphony.org or call 310-717-5500, or send an e-mail to [email protected]

Scott Joplin- Solace (arranged by M.L. Hetz) and The Entertainer

The Culver City Symphony Orchestra is now in its fourteenth year performing in Culver City, and is in its 50th season. It has performed in many regional venues in the communities of Westchester, Venice, Los Angeles, San Gabriel, and now Culver City.

Frank Fetta, Conductor and Music Director, is well known for his conducting of orchestral music, ballet, and opera in Southern California as well as throughout the country including engagements with the San Diego Symphony, the Redlands Bowl Music Festival (of which he is director), the Fresno Philharmonic, the Torrance Symphony, the Nevada Opera Theater, and the Marina del Rey Summer Symphony.