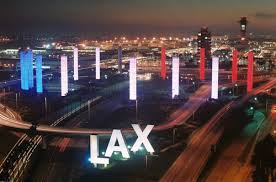 Culver City, the city of Ontario and San Bernadino County are asking the Los Angeles County Airport Land Use Commission to rescind its approval of plans to modernize Los Angeles International Airport, according to the San Bernadino Sun.

The two cities  and the county are challenging the approval, stating LAX’s environmental plan violates several public safety standards as well as raises concerns about traffic, noise and air-quality effects that could result from modernizing the airport.

They also claim Los Angeles World Airports, which is the owner and operator of LAX as well as L.A./Ontario International Airport, has failed to provide the commission the entire plan detailing the environmental impacts.

“Ontario supports LAX modernization. However, it must be done in an environmentally responsible way that respects the practical capacity of LAX and ensures the regional airports can capture their appropriate shares of passenger demand without creating excessive traffic and automotive emissions,” Ontario Councilman Alan Wapner said.

Wapner is also president of the Ontario International Airport Authority, a multi-jurisdictional agency that was set up to manage ONT if there is a transfer of the airport to local control.

The councilman also said the commission failed to consider the issue to redistribute air traffic throughout the region when it reviewed the project.

The move is just the latest criticism that the airport agency has received involving its plans to modernize LAX.

LAWA did not respond to multiple requests for mediation on its environmental plan for the airport, which was approved by the Los Angeles City Council in late April.

Los Angeles had five days to either respond or deny the request. The three cities had sought mediation two weeks ago, along with the city of Inglewood, but never received a response.

Last week, attorneys for all the entities that were seeking mediation said they would file lawsuits.

Ontario officials contend LAWA is putting its resources into LAX and mismanaging ONT.

“The conflict of interest now inherent in the operator of LAX also controlling ONT can be remedied only by transferring ONT to the Ontario International Airport Authority which has a vested interest in its success,” Wapner said.