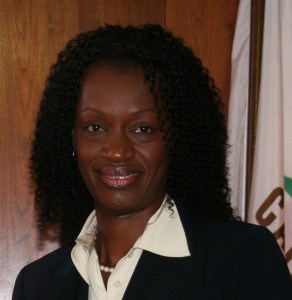 The Board of Directors of Upward Bound House is pleased to announce that Christine Mirasy-Glasco will assume the position of Executive Director effective July 8, 2013. Christine’s appointment concludes a six-month search and effective succession planning process at the organization.

Currently, Ms. Mirasy-Glasco is the Chief Programs Officer under the PATH family of agencies where she oversees a continuum of programs that include service centers, temporary shelters and permanent housing projects. Prior to this, she served as Executive Director of Beyond Shelter, a leading provider of family homeless services with an annual operating budget in excess of $4 million. Christine spent 12 years in senior management roles at the Los Angeles Homeless Services Authority (LAHSA), which coordinates and manages more than $70 million annually in federal, state, county and city funds for programs providing shelter, housing and services to homeless persons in L.A. County.

“Christine’s extensive experience in family homeless and her exceptional leadership credentials makes her a perfect Executive Director to lead Upward Bound House into our next phase,” said Michael Song, President of the Board of Directors.

Ms. Mirasy-Glasco succeeds David Snow who served as Executive Director of Upward Bound House for six years. During Mr. Snow’s tenure, Upward Bound House successfully raised over $4.5M in capital to open Family Shelter in Culver City in 2010, tripled the number of families the organization served each year, launched the FRIENDS and Young Professional’s support groups, and developed widespread admiration and recognition for the organization as the leader in addressing family homelessness, all during a time of unprecedented need and in an extremely challenging fundraising environment.

“I am honored to have served such a dynamic and impactful organization,” said Mr. Snow. “The professional staff and dedicated board of directors have impacted hundreds of lives.” Mr. Snow has graciously agreed to remain available to UBH in the future as a valued resource and the Board has gratefully accepted.

Ms. Mirasy-Glasco assumes her leadership role during a time of unprecedented family homelessness. The latest survey counts over 6,000 homeless children in Los Angeles County on any given night, and budget cuts and the economy continue to take their toll on families in crisis. In 2012, Upward Bound House, which served 125 families last year, committed to a strategic plan to double the number of families it serves each year by 2017.