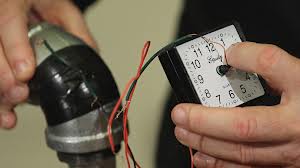 Authorities continued to investigate more than a dozen devices believed to be pipe bombs discovered at a Palms home Wednesday, but preliminary information indicated the suspect was probably acting alone, according to the Los Angeles Times.

Law enforcement sources said it was unclear what, if anything, the suspect intended to do with the devices. The suspect, identified only as a 29-year-old man, was not believed to be part of a wider network or targeted plot. Authorities were in the process of booking him on suspicion of possessing an explosive device.

The sources stressed it was early in the investigation and that additional evidence could potentially point them in other directions.

The LAPD bomb squad was dispatched to the residence in the 3800 block of Overland Boulevard a short time after Los Angeles police pulled over a vehicle in the West Los Angeles patrol area.

Few details were available, including the exact nature of the devices, but sources familiar with the incident, who asked not to be identified because the investigation was unfolding, said an early morning traffic stop yielded a device that led police to the home.

Some houses in the area were evacuated as a precaution, and area streets remained closed to traffic causing a huge tie-up in West L.A.