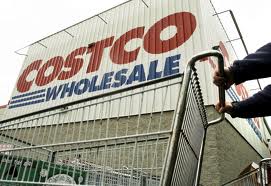 It’s official; paying decent wages and treating your employees properly makes better business sense and leads to higher profits. Costco is Exhibit A. While their second biggest competitor, Wal-mart, only saw a 1.2% rise in year on sales, Costco’s most recent quarterly earnings report showed an 8% rate of growth in year on sales, a 5% rise in same-store sales, and an almost $70 million rise in membership fees. Of course, you already know that if you’ve shopped there anytime in the last six months. Weekends get pretty wild down Washington Blvd.  If you waited longer for a parking space than you did for a pizza, that’s a measure of their success.

Bloomberg’s BusinessWeek agrees:“Wal-mart Stores has been cutting staff since the recession – and pallets of merchandise are piling up in its stockrooms as shelves go unfilled. In the past five years, the world’s largest retailer has added 455 US Wal-mart stores, a 13% increase, according to company filings in late January. In the same period, it’s total US workforce, which includes employees at its Sam’s Club warehouse stores, cut jobs by about 20,000, or 1.4%… A thinly spread workforce has other consequences: longer checkout lines, less help about the store, and disorganization. Last month, Wal-mart placed last among department and pick discount stores in the American customer satisfaction index, the sixth year in a row that the company has either tied or taken the last spot. This dwindling level of customer service comes as Wal-mart hast touted it’s in-store experience to lure financially strained shoppers and to counter the threat from online rivals such as Amazon.com.”

With their foes operating in the same economy, what explains Costco’s profound success over their supposedly powerful competitors, especially Wal-mart?

Omar Rivero at Occupy Democrats offers “Some might call me crazy, but I suspect that Wal-mart’s decision to pay its hourly employees minimum wage and cut back on its workforce while adding new stores is leading to lower employee moral, worker efficiency, and level of customer service. On the other hand, Costco pays employees well above the minimum wage, provides excellent benefits, offers their employees opportunities for promotion, and has high levels of employee morale.

Any honest assessment of low end retailers will reveal that putting workers in low-wage jobs that pay below sustenance hurts a companies bottom line. However, another very important aspect that is often ignored by the mainstream media is that it is the American taxpayer that subsidizes the profits of low-wage/benefits employers like Walmart, through food stamps and Medicaid. Wal-Mart’s poverty wages force employees to rely on $2.66 billion in government help every year, or about $420,000 per store. In state after state, Wal-Mart employees are the top recipients of Medicaid. As many as 80 percent of workers in Wal-Mart stores use food stamps. This costs the American taxpayer about $1 billion per year!

Culver City knows how lucky it is to have such a powerhouse retailer. The fact that it is also a great business model just proves that what goes around, comes around, even faster than you might suspect. And the pizza is good, too.