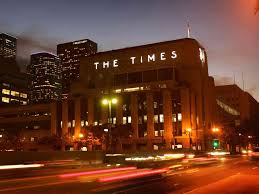 The Koch Brothers are the worst of the worst. Oil and gas billionaires, they’re known for buying elections, funding anti-science organizations, union busting, dodging taxes, and twisting democracy any way they can to promote their personal agenda.

In a move reported on the front page of the April 21st, 2013 New York Times, they want to buy the Tribune Company and all of its newspapers to further their radical right-wing agenda and move fringe Tea Party ideas into the mainstream.

They cannot be allowed to purchase some of the most respected newspapers in the country and turn them into a megaphone. Millions of Americans count on newspapers like the Los Angeles Times and Chicago Tribune for real facts, real issues, and unbiased information. Newspaper endorsements in local and statewide elections carry substantial clout. You deserve independent, unbiased journalism, not right-wing spin.

Join Courage Campaign and Forecast the Facts in telling Peter Liguori, President of The Tribune Company: “I read a Tribune-owned newspaper online or via newsstand, and will get my news elsewhere if it is sold to the Kochs or any other right-wing propagandists. I deserve independent, unbiased journalism.”