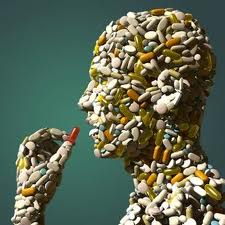 Legislation authored by State Senator Curren D. Price, Jr. (D-Los Angeles) that would ensure state licensing boards have information as soon as possible to determine the role that doctors and pharmacists may have had in patient prescription drug deaths passed out of the Senate’s Business Professions and Economic Development Committee unanimously Monday by a bipartisan vote of 10-0.
In the event that a coroner determines the cause of death to be prescription drug overdose, SB 62 requires county coroners to transmit their findings to the Medical Board of California and the Pharmacy Board.
“Not a week goes by that we don’t hear about another mother, father, sister, brother, friend or neighbor whose life was cut too short by the overuse of legal, dangerous substances – prescription drugs that in many instances come straight from a bottle with their own name on it, prescribed by their doctor,” Senator Price told the committee.
“SB 62 allows licensing Boards fast access to the treasure trove of data contained in coroners’ reports, which are already completed in instances of prescription drug overdose resulting in death. The bill connects the dots and creates a very necessary pathway for prescription drug overdose deaths to be reported directly to Boards, who will then be better armed with the necessary tools to make a correlation to their licensees in overprescribing circumstances – and take action when they need to,” Senator Price said.
Price added that “often, physicians are not aware that patients under their care for legitimate pain management end up being victims of prescription drug addiction, misuse or overuse.”
However, said Price, “When we hear about the same doctor’s name on pill bottles found at the homes or in the possession of 16 different dead people as we saw in the recent LA Times series on this issue, it tells me we may not be seeing the whole picture.”
Price’s SB 62 comes on the heels of an in-depth Los Angeles Times series that looked at coroners’ reports from four counties and detailed the nexus between certain doctors and patient deaths directly stemming from prescription drug overuse. The reports found that in nearly half of the cases where prescription drug overdose was listed as the cause of death, there was a direct connection to a prescribing physician. The series also found that more than 80 of the doctors whose names were listed on prescription bottles found at the home of, or on the body of, a person who died had been the prescribing physician for 3 or more dead patients – and in the case of one doctor, as many as 16 dead patients.
Current law only requires coroner’s reports to be transmitted to the Medical Board of California (MBC) in the event that gross negligence by a physician is determined as the cause of death. This requirement prevents the MBC from receiving the necessary information to initiate an investigation. In a case where the coroners’ findings deal with a young person, who is not a cancer patient on hospice or someone in a health facility setting, who was found dead in possession of various opioid combinations, the prescribing doctor and his or her practices may need to be looked into. Particularly in instances where the same doctor is listed as the prescribing physician on the medication bottles of numerous dead patients, the licensing board should have that information readily available.
“Patients and the public cannot be completely protected if we are not improving every opportunity for better reporting and arming the licensing boards with the necessary information,” Price said. “I have worked with the coroners to remove some of their workload concerns and will continue to work with them to ensure that the bill is practical and doable for county staff already faced with shortages of resources to do their jobs.”
Price worked with coroners and other interested parties to remove concerns about coroners’ workload in providing these reports to MBC.
Senator Price serves as Chair of the Senate Committee on Business, Professions and Economic Development which has jurisdiction for oversight and regulations of the professions and trades licensed by boards and bureaus under the Department of Consumer Affairs.
SB 670, a bill authored by Senate President pro Tem Darrell Steinberg also passed out of Committee. The bill provides the MBC access to medical records of a patient who died of a prescription drug overdose without the consent of the patient’s next of kin or a court order. The bill also allows an administrative law judge to issue an interim suspension order limiting the authority of a physician to prescribe, furnish, administer, or dispense controlled substances and also requires the MBC to impose limitations on a physician’s prescribing authority during a pending investigation, if there is a reasonable suspicion that the physician overprescribed drugs resulting in the death of a patient.
The Committee also passed SB 809, authored by Senator Mark DeSaulnier (D-Concord) and sponsored by Attorney General Kamala D. Harris. This bill would provide the funding needed to strengthen and modernize the Department of Justice’s Controlled Substance Utilization Review and Evaluation System (CURES) program and the Prescription Drug Monitoring Program (PDMP) that exists within CURES. CURES allows authorized prescribers and pharmacists to quickly review controlled substance information and patient prescription history in an effort to identify and deter drug abuse and diversion.