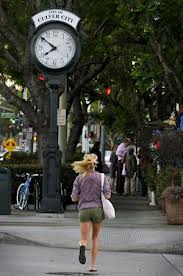 • Long Range Property Management Plan – Staff has been working on the Long Range Property Management Plan (LRPMP) to submit it this week to the State Department of Finance with the assistance of Keyser Marsten Associates and Kane, Ballmer and Berkman to secure former Redevelopment Agency Real Property Assets.
• Tilden Terrace – Tilden Terrace continues to progress. The project finishes will be completed the week of April 8. Staff is reaching out to potential commercial tenants for the ground level retail space.
• Planning – Staff is completing the Hayden Tract Parking District Ordinance and will conduct community outreach meetings in two weeks to review ordinance components.
• Community Development Department – Interviews for the Planning Assistant positions have been completed. Staff is proceeding with the first step of the selection process for the new Code Enforcement Officer with the intent of hiring staff within the next month.
Fire Department

• Project Shadow – Over the past week, Culver City High School Seniors (CCHS) have been participating in the Project Shadow program with members of the Culver City Fire Department (CCFD). Project Shadow is a work-based learning experience that allows students to follow a host employer during a typical work day. Students observe daily activities and ask questions about a particular career. The program is open to CCHS Seniors who met the required academic standards. This program matches up students, interested in the fire service, with members from the CCFD. The students are assigned to the various fire stations and spend approximately six hours with the crew. During their stay they are provided information about the variety of services the Fire Department provides along with the required education and training to obtain and maintain a career. The program provides the students with an opportunity to see firsthand what a fire service career is all about and ask as many questions as they like. The students enjoyed watching the firefighters train and respond to emergency calls much more than they enjoyed watching them clean the station and enter reports into the station computer.

• Culver City Rotary Club Fundraiser – The fundraiser was held on Friday, March 22nd. The community came out to support the Culver City Education Foundation and Honoree Mike Cohen, “Mr. Culver City”. The evening included a silent auction, a live auction and food from local businesses. The Rotary Club raised over $5,000 for the Teen Center.

• Parks – At Blanco Park / El Rincon School, the Replacement Fence and Pedestrian Gate Project were completed, due to the efforts of Transportation Department personnel, who did the welding and fabrication on site; Public Works staff, who performed the demo, concrete, painting and provided the equipment; and Parks staff, who were present every day and assisted with the demo, prepped and painted the primer coat on the new fence, and worked on the entire project. This team effort has resulted in a new fence and gate that secure the area, providing better safety and security to both school children and park users.

• Fox Hills Park – At Fox Hills Park, Parks maintenance crews spent the better part of two weeks performing the major spring pruning, trimming and weeding of Fox Hills Park slopes and common areas. Major irrigation repairs were performed as well as the detailing of the all of the walking paths and planter areas.

• Syd Kronenthal Park – The Syd Kronenthal Park PAR course exercise equipment replacement project bids have been received, and the new contract is being awarded. A PAR course is an outdoor exercise track or course, especially for joggers, equipped with a series of stations along the way where one is to stop and perform a specific exercise. The equipment is ordered and the Department expects the project to move forward within the next four to six weeks.

• The Meadows Neighborhood Watch – On March 14, 2013 Lieutenant Ron Iizuka met with the Meadows Management and residents to discuss crime prevention and issues related to the complex. The meeting was well attended and positive. We also discussed Smart 911.

• CicLAvia – This year, the City of Culver City will be a co-sponsor of CicLAvia which will take place on April 21, 2013. The CicLAvia event encourages pedestrians and bicyclists to explore the City and participate in a space that is normally dominated by automobile traffic. Culver City’s Parcel B and Main Street will serve as a “hub”, which is basically a rest/activity stop along the designated CicLAvia route. The hub provides participants with the opportunity to park their bicycle at a secure bicycle parking location (bike valet); explore an area (in this case downtown Culver City); use facilities (such as portable restrooms, bicycle repair and first aid); and eat lunch. The “hub” will also be a gathering point from which people will park and set out onto the CicLAvia route. For more information go to www.ciclavia.org.

• Infrastructure Report Card – On March 19, 2013, the American Society for Civil Engineers (ASCE) released its 2013 Report Card for America’s Infrastructure. The Report Card, which is updated every four years, grades the nation’s infrastructure in sixteen categories such as: roads, transit, solid waste, bridges, drinking water, energy, parks and recreation, and schools. This year’s Report Card gives the United States’ infrastructure an overall cumulative grade of a “D+” and estimates that $3.6 trillion of investment will be needed by 2020. To view and download the full Report Card, please visit www.infrastructurereportcard.org.

• Bike Week LA – Bike Week LA is coming soon on May 13-19, 2013, and Metro will be encouraging residents to take to the streets! Hundreds of community partners, including corporate employers, public agencies, and universities will be promoting bicycling all week long with fun events and free giveaways.

Metro invites businesses to be part of Bike Week LA by offering discounts to any bicyclist who mentions “Bike Week” during Bike Local Weekend, Friday, May 17 through Sunday, May 19, 2013. This is a FREE advertising opportunity to attract and encourage customers to eat, shop, and play locally. Metro wants to promote Culver City as a destination location for Bike Local Weekend through its website, social media network, and other media channels.

Did you know that bicycling is great for local business? Studies show that people who travel by bicycle actually make more visits to small businesses than people who travel by car. These visits add up – cities all across the U.S. are discovering that when bicycling increases, sales revenue does too. In San Francisco and New York City, for instance, retail sales along certain bike lanes is up as much as 50%! Because bicyclists travel at slower speeds than cars, it’s easier for them to stop and smell the coffee. (It also helps that they don’t have to pay for parking).

If local Culver City businesses would like to participate in Bike Local Weekend, please sign up at Metro’s website (https://metrola.wufoo.com/forms/registration-bicyclefriendly-business) no later than May 1, 2013. The earlier that businesses sign up, the better Metro is able to promote them! Please feel free to contact Metro with any questions at [email protected] or (213) 922-5634.

• Sepulveda Feeder Pipeline Construction– The Metropolitan Water District of Southern California (MWD) was issued a permit to repair several segments of their 96 inch diameter Sepulveda Feeder Pipeline in Culver City from April 1 through April 13, 2013. This water main is a primary source of water for several of MWD’s member agencies within the Los Angeles area including Culver City. The work is proposed to affect the following locations:

1. One travel lane on northbound Sepulveda Boulevard, from the I-405 on-/off-ramps for 200 feet to the north, will be lost and two parking spaces will be unavailable.

2. One travel lane on northbound Sepulveda Boulevard, from Washington Place north to Piggott Drive, will be lost and two parking spaces will be unavailable.

3. One travel lane on northbound Sepulveda Boulevard, from Braddock Drive north to Barman Avenue, will be lost and five parking spaces will be unavailable.

4. One travel lane on southbound Sepulveda Boulevard, from Sawtelle Boulevard south for 200 feet, will be lost.

5. RESIDENTIAL STREET: One travel lane on northbound Hannum Avenue, from Bush Way south for 200 feet, will be lost. Four houses on each side of the street will lose curb-side parking (approximately 13 parking spaces total). MWD has indicated that it will use a “quiet/whisper” generator to decrease noise impact and noise blankets may be used to further abate noise.

A portion of this work will occur 24 hours a day, 7 days a week. MWD has conducted public outreach and changeable message signs will be in use advising the public of the work and to use alternative routes on the major streets.

• Upgrade to Improve Bicycle Detection – The Public Works Department has secured a free update to the firmware for the City’s Video Image Detection (VID) devices. This upgrade, which is expected to occur during the week of April1, 2013, should improve the detection of bicycles at signalized locations with VID. Currently, VID is installed on Sepulveda Boulevard between Berryman Avenue and Green Valley Circle and on Jefferson Boulevard at Hetzler Road. Loop detectors provide vehicle and bicycle detection at all other signalized locations throughout the City.

• Expo Light Rail Construction – The Expo Construction Authority’s contractor, Balfour Beatty Infrastructure, Inc., and its subcontractors will start the next stage of construction of the Venice Boulevard Bridge by installing the bridge piles and columns along the Expo Right-of-Way (ROW) in the City of Los Angeles.

What: The work will require periodic temporary lane closures and full road closures on Robertson Boulevard, between Venice Boulevard and Hoke Avenue. The Venice Boulevard Bridge construction is anticipated to take approximately 9 months to construct.

Where: Construction will take place on the Expo ROW, Venice Boulevard and Robertson Boulevard

When: Work activities are scheduled as follows:

Work crews will be drilling the holes for the column foundations required for the bridge construction, setting and forming the columns, and pouring the concrete for the foundations and columns.

(Construction schedules are subject to change for various reasons including but not limited to: weather conditions, unforeseen emergencies and other acts of nature.)