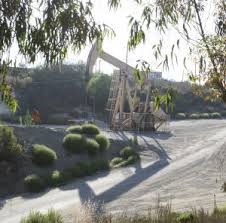 The Board of Trustees of the Los Angeles Community College District has unanimously approved a resolution in support of a moratorium on fracking. Of specific concern is the Inglewood Oil Field, located in a heavily populated area adjacent to West Los Angeles College in Culver City.
Hydraulic fracturing, the formal term for fracking, is a controversial technique used to increase the amount of oil or natural gas extracted from the ground by injecting pressurized chemical additives in order to create fractures in subsurface rock or other tight geological formations.
There is evidence this process has resulted in unintended consequences. The United States Environmental Protection Agency has linked contaminated ground water in Pavillion, Wyoming to fracking. The U.S. Geological Survey supports the assertion that fracking can cause microearthquakes, a frightening possibility in an area like Southern California, situated above deep fault lines.
“I am so proud that our district continues to set trends in protecting the environment,” said Mona Field, who, along with fellow trustee Nancy Pearlman, presented the resolution at the meeting. “I hope that, just as our green building initiative has been widely imitated, others will now follow our lead in seeking a moratorium on the dangerous practice of fracking.”
“Studies have shown that fracking is unacceptable for humans and the environment,” said Pearlman. “Alternatives must be found that are ecological and safe.”
The West Los Angeles College Work Environment Committee has already passed a resolution asking for air testing on its campus to determine the effects of fracking.
In passing this resolution, the LACCD Board of Trustees joins the Culver City Council and the Culver City Unified School District in urging Governor Jerry Brown, the state legislature and the state’s Department of Conservation/Division of Oil, Gas and Geothermal Resources to institute a moratorium on fracking and the disposal of fracking wastewater pending further studies of the practice and the establishment of strict regulations.
For more information on the LACCD’s construction program and a list of awards the District has received for its environmentally responsible projects, visit www.laccdbuildsgreen.org.