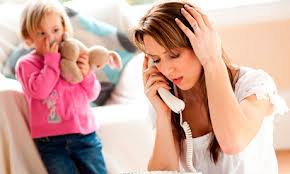 Sequestration took effect on March 1st, resulting in $85 billion in mandatory, across-the-board cuts for the fiscal year that ends on September 30, 2013. The largest reduction (7.8%) is for discretionary defense spending. While Medicaid and Social Security are among the programs protected from sequestration, the effects of the cuts will still have a large impact on critical services for children, seniors, and people with mental illnesses.

In a letter to Congress, HHS Secretary Sebelius described several cuts that will impact public health and health services. Twenty-five thousand fewer low-income women will receive breast and cervical cancer screenings and 7,400 fewer HIV patients will be able to obtain Medicaid through the AIDS Drug Assistance Program. Some 373,000 people with mental illnesses will not be able to access mental health services. Up to 766,000 healthcare and related jobs could be lost by 2021 as a result of the 2% sequester of Medicare. The Centers for Disease Control & Prevention (CDC) will lose $323 million. On top of these cuts, the landmark Public Health and Prevention Fund that supports important investments in wellness initiatives and emergency preparedness will be reduced by $51 million.

Community Health Centers are expected to serve an estimated 900,000 fewer patients in 2013. Clinics will lose $120 million in grant funding coupled with an additional loss of $230 million in third-party insurance funding.

According to the White House sequestration fact sheet, California will vaccinate 15,810 fewer children for highly infectious diseases due to a $1.1 million reduction in funding. Additionally, California will lose approximately $5.4 million in funds that provide meals for at-risk seniors.

While Congress approved a spending measure on March 21st to avoid a government shutdown that restores $250 million in funding for the Women, Infants and Children program and $71 million to the National Institutes of Health, these restorations do not completely offset the cuts made by sequestration.

The National Health Equity Coalition, a broad network of national and local organizations dedicated to the elimination of racial and ethnic health disparities and inequities, is concerned about the disproportionate impact the sequester will have on low-income communities of color across the country. The Coalition is calling upon Congress to take steps to reverse the cuts and reach a fair and balanced plan to reduce the deficit that protects the health and economic security of our nation’s most vulnerable populations. Please visit their website for more information and to sign onto their petition.