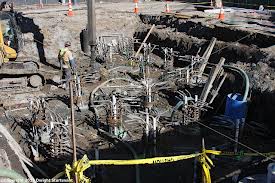 Drivers in the Culver City area could start seeing delays starting Monday. Crews are set to begin working on the new Expo Line bridge that will extend over Venice Boulevard.

Commuters should expect lane reductions along Venice Boulevard and Robertson Boulevard through Friday.

The new bridge will connect the Culver City station with Phase two of the Expo Line.

Phase two of the Expo Line is a $1.5 billion project to extend service to the Westside. The train currently connects Culver City to downtown Los Angeles. Phase two will include 6.6. miles of tracks from Culver City to Santa Monica with seven train stations along the route. Parking will also be constructed.

According to KABC, Metro estimates daily ridership between Santa Monica and downtown Los Angeles will be roughly 64,000 passengers by the year 2030.