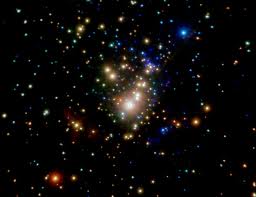 The smallest astronomical satellite ever built was launched from India Feb. 25 as part of a mission to prove that even a very small telescope can push the boundaries of astronomy.

The satellite was designed and assembled at the Space Flight Laboratory (SFL) of the University of Toronto Institute for Aerospace Studies (UTIAS) and launched from the Satish Dhawan Space Center in Sriharikota, India, along with its twin, also designed in Canada, but assembled in Austria.

Each nano-satellite in the BRIght Target Explorer (BRITE) mission is a cube measuring about 8 inches per side, and weighing 15 pounds. The BRITE satellites represent a new concept in space astronomy: nano-satellites that can be designed, assembled, and deployed fast and cheaply.

“SFL has demonstrated that nano-satellites can be developed quickly, by a small team and at a cost that is within reach of many universities, small companies and other organizations,” says Cordell Grant, Manager of Satellite Systems for the Space Flight Laboratory at UTIAS.

Up to now, such nano-satellites had been used only to monitor the Earth and experiment with new technologies. “Researchers, scientists and companies worldwide, who have great ideas for space-borne experiments but do not have the means to fund a large spacecraft, can now see their ideas realized,” says Grant. “BRITE has the potential to open an entirely new market for low-cost, high-performance satellites.”

“BRITE is expected to demonstrate that nano-satellites are now capable of performance that was once thought impossible for such small spacecraft,” Grant adds. But only small telescopes can fit within a 20 centimeter cube. Therefore, BRITE is not intended to take pretty pictures, but will simply observe stars and record changes in their brightness over time. Such changes could be caused by spots on the star, a planet or other star orbiting the star, or by oscillations and reverberations within the star itself—the analogue of earthquakes on stars. The study of these so-called “starquakes” is called asteroseismology.

To perform precise measurements of the brightness of stars, the telescopes need to be above the atmosphere. Otherwise, scintillation—the atmospheric effect that causes stars to twinkle—overwhelms the relatively small brightness variations of the stars themselves. By avoiding this, a very small telescope in space can produce more accurate data than a much larger telescope on the ground. Also, unlike telescopes on Earth, which are useless during the day, in bad weather or when the stars set below the horizon, telescopes in space can potentially observe stars all the time.

As their name suggests, the BRITE satellites will focus on the brightest stars in the sky including those that make up prominent constellations like Orion the Hunter. These stars are the same ones visible to the naked eye, even from cities. Because very large telescopes mostly observe very faint objects, the brightest stars are also some of the most poorly studied stars.