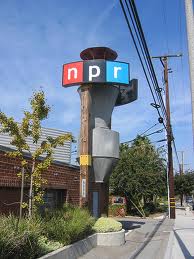 NPR announced on Feb. 13 that this summer it will move production of Weekend All Things Considered to NPR West, its production center based in Culver City, Calif.

According to Current.org, the move factors in a number of recent changes. “Moving the show west will broaden and deepen our coverage and allow us to bring strong geographic diversity to our programming,” said Margaret Low Smith, senior v.p. of news, in a press release. “In addition, this plan gives us a new level of business and editorial continuity. By having a full team stationed at NPR West, we will be able to respond quickly if weather or a major news event incapacitates NPR headquarters.”

NPR said the move will give the show access to the Los Angeles area’s pool of program guests in the fields of science, technology, entertainment and international trade. The city’s ethnic diversity will also present a “whole new range of stories,” the release said.

The network is looking for a new host for Weekend All Things Considered following the departure of Guy Raz in December. Raz debuts next month as host of the TED Radio Hour.