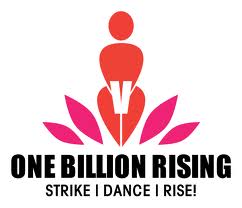 A group of local residents are organizing a local ONE BILLION RISING action, a revolutionary campaign to end violence against women and girls. Today, one of every three women on the planet will be raped or beaten in her lifetime. That is ONE BILLION mothers, daughters, sisters, partners, and friends. Yet, most of the world remains silent and indifferent. The time has come to put a stop to the violence, and to the silence that surrounds it.

On February 14th, 2013, one billion women and those who love them are invited to walk out, rise up, dance, and strike to demand an end to violence against women and girls.

Already, thousands of activists and organizations around the globe have signed on and events are being planned in countries all over the world. Women’s, human rights, labor, economic justice, environmental, faith-based, and LGBTQ groups, as well as artists and lawmakers are coming together. Yoko Ono, Jessica Alba, Anne Hathaway, Robert Redford, Lily Tomlin, Culver City Councilmember Meghan Sahli-Wells, Culver City School Board members Karlo Silbiger and Nancy Goldberg, and former School Board member Barbara Honig support Culver City One Billion Rising, and many more.

Imagine the power of ONE BILLION people rising up, dancing, and demonstrating our collective strength, our solidarity across borders, and our collective rejection of violence against women as the status quo.

Leading up to V-Day on February 14th, the Student Council at Culver City High School is raising awareness on campus with signs and other student resources. On Feb. 14th, students will participate by listening to a brief announcement, delivered over the PA system by a fellow student. The announcement will explain a bit about the issue and ask those who wish to make their commitment to saying NO to violence against women to stand for a moment 2:14 pm ( on 2-14, Valentines Day).

Also on Feb. 14, at 2pm, the public is invited to a rally at the courtyard in front of Culver City Hall. The rally will have as its theme, Culver City One Billion Rising Stand Tell Pledge – to end violence against women. We will have materials on hand to make valentine cards for the young women at Woman’s Care Cottage in North Hollywood. This transitional home provides counseling and a place to stay for young women between the ages of 18-21 who are either out of foster care or probation. www.voala.org/services/cottage.htm.

For more information about this global action, visit the One Billion Rising website, www.onebillionrising.org/pages/about-one-billion-rising.