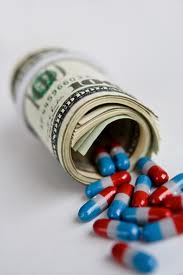 On January 10th, Governor Jerry Brown released his proposed 2013-2014 budget. For the first time in years, California lawmakers will not institute any new cuts to health and human services programs: The Administration estimates $97.7 billion in expenditures and projects $98.5 billion in revenues and transfers.

The proposed budget affirms the Administration’s commitment to fully implementing the Medicaid Expansion (see following article), a provision under the Affordable Care Act (ACA). Unfortunately, however, there were no proposals to restore funding for previously approved health and human services cuts such as dental care for adult Medi-Cal beneficiaries.

The influx of new dollars is largely the result of voters’ approval of Propositions 30 and 39 in last year’s election (see CHC’s November 2012 Ballot Guide). In 2013-2014, combined General Fund revenues from Propositions 30 and 39 alone are estimated to total $7.2 billion, which is expected to provide the state with a surplus of $851 million at the end of the year (see California Budget Project’s analysis Governor Proposed Balanced Budget Highlighted by New Revenues Investments in Education, and Expanded Health Coverage). The Governor is calling for the creation of a $1 billion reserve using the surplus General Fund monies and other revenues. For more information on the state budget, contact CHC Policy Analyst Jessica Jew.
With less than a year to prepare for full implementation of the Affordable Care Act (ACA), the Governor called for a special session of the California State Legislature beginning January 28th to continue the work of implementing ACA.

The special session will cover the following areas:Private health coverage market and rules and regulations, changes to and the expansion of California’s Medi-Cal Program, working with the Covered California Health Benefit Exchange on options to provide low-cost health coverage to individuals under 200% federal poverty level ($46,100 for a family of four).

Lawmakers will consider the following options: Medicaid Expansion (Medi-Cal in California). The Governor’s budget proposal outlines how the administration plans to address the two components of the Expansion and outlines funding and implementation options for lawmakers to consider.

Mandatory Expansion: Under health reform, states are required to simplify and streamline eligibility and enrollment procedures in Medicaid to facilitate enrollment and retention of public health coverage for eligible individuals. Recognizing that new simplifications will increase enrollment in Medi-Cal, the Administration includes $350 million as a placeholder in the 2013-2014 Budget proposal to cover the costs of the expansion until a better estimate is available.
Optional Expansion: As a result of the Supreme Court ruling on ACA (see Health Matters July 2012), California has the opportunity to provide Medi-Cal coverage to childless adults with incomes up to 138% FPL ($31,809 for a family of four). Governor Brown provides two options for implementing the discretionary expansion.
State-based expansion – Building upon the existing state-administered Medicaid program and managed care delivery system, California would offer a standardized, statewide benefit package comparable to the one available today in Medi-Cal but would exclude long-term care coverage.
County-based expansion – Counties would build upon their existing Low Income Health Programs and maintain their current responsibilities for indigent healthcare services. Counties would also be responsible for developing provider networks, setting rates and processing claims. Statewide eligibility requirements and a statewide minimum in health benefitswould be consistent with benefits offered through Covered California.

Medicaid Bridge Program. The Administration will work in partnership with Covered California to create a Medicaid Bridge Program that would offer a low or zero premium health plan option for those earning between 138% and 200% FPL. Because Covered California would negotiate contracts with Medi-Cal Managed Care Plans, individuals would be assured the option to remain with their same plan and provider. Details of the plan were discussed at the January Covered California Meeting. For more information on the Medicaid expansion and bridge program, please contact CHC Policy Analyst Fatima Morales.