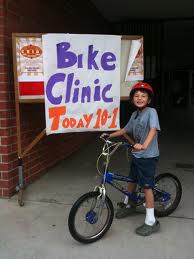 At a time of high rates of childhood obesity, and when research shows that California’s Safe Routes to School program is achieving its goals of improving safety and increasing walking and bicycling, the Administration for California Governor Jerry Brown is proposing to end dedicated funding for the popular program which has benefitted more than 1,400 schools since 1999, including Culver’s City’s Linwood E. Howe Elementary.

Research on the California National Household Travel Survey data shows that rates of walking to school in California increased 10 percent in the decade since Safe Routes to School has been active. Nearly one-third of school-aged children in California walk or bicycle to school, while the national average is only 13 percent.

“Programs like California’s Safe Routes to School are critical to reducing congestion around schools, ensuring that children are safe in their travel to school, and creating a generation of healthy and active children in California,” travel behavior analyst Nancy McGuckin said. She noted that children who walk to school walk twice as much for other purposes compared to children who do not walk to school.

For the 2013-2014 state budget, which will take effect July 1, Governor Brown’s Administration is proposing to consolidate five state and federal funding programs for pedestrian and bicycle projects, including Safe Routes to School, into one Active Transportation Program that would be administered by the California Transportation Commission. Thousands of community leaders and concerned citizens are calling for a minimum guarantee of dedicated funding for Safe Routes to School projects to continue the benefits of the highly effective program, which California pioneered in 1999. In addition to reducing greenhouse gas emissions and traffic congestion in communities and around schools, California Highway Patrol collision reports show that the program also consistently reduces traffic injuries and fatalities to children walking and bicycling.

The budget trailer bill, released on February 1, which will enact the Active Transportation Program into state law, reduces funding available for active transportation from $147 million per year in fiscal year 2012 to only $134 million at a time when California’s pedestrian and bicycle fatalities are nearly twice the national average. In addition to this reduction in available funding, the proposed legislation allows for projects other than active transportation to be funded, steering even more money away from walking and bicycling improvements. The trailer bill also repeals existing programs before the new Active Transportation Program is established, further impacting Safe Routes to School and potentially leaving cities and counties without money for bicycling and walking projects for several years.

Deb Hubsmith, director of the Safe Routes to School National Partnership who is based in California and has been a leader for active transportation advocacy efforts in the state since the 1990s says, “The current proposal, as written, is a step backward for California’s active transportation future. The budget proposal needs to be amended to include dedicated funds for Safe Routes to School, to eliminate loopholes and to ensure that pedestrian and bicycle funding continues to flow to local agencies. We need a bold vision for California that improves the health and safety of children and everyone.”

A petition launched last week by Safe Routes to School National Partnership, the Rails-to-Trails Conservancy, TransForm, California Walks and the California Bicycle Coalition, urges the Governor “to make the new Active Transportation Program truly transformational for bicycling and walking in the state.” In one week, more than 7,000 people and 150 organizations have signed it. The coalition of organizations that led the petition will be active throughout the Legislative budget process and seeks to secure an amendment at budget hearings to restore Safe Routes to School dedicated funding and to correct all the flaws in the proposed trailer bill language.

Hubsmith says, “We’re interested in working with the Administration and the Legislature to ensure that the Active Transportation Program serves the needs of California’s current and future generations, so that we can improve health, safety, equity and the environment.”