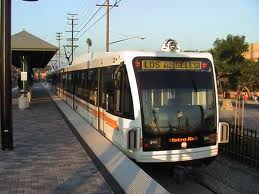 Work on the 8.5-mile Metro Crenshaw/LAX Line that will connect Inglewood, Hawthorne and El Segundo with the newly built Expo Line is poised to begin later this year.

The Expo Line runs to downtown Los Angeles and, by 2016, to Santa Monica. Today it ends in Culver City, enabling a rider who starts a trip there to reach downtown in under 30 minutes.

According to the LA Daily News, a contract to build the $1.76 billion Crenshaw/LAX light rail line is scheduled to be awarded in May, with construction beginning soon after, said project director Rob Ball.

“We’ll start work as soon as the (Metropolitan Transportation Authority) board gives us an award,” he said. “We have a lot of support for this project.”

The project will create as many as 1,000 jobs during construction – expected to conclude in 2018 – and many more after that in the anticipated economic revitalization along the transit route.

As work on the project draws nearer, interest is rising in the communities that will benefit from it, Ball said.

As a result, a quarterly meeting of the Metro Crenshaw/LAX Transit Corridor Project Community Leadership Council – a group representing the various constituencies in the neighborhoods the line will pass through – is expected to attract a larger than usual crowd Thursday in Inglewood.

The 6 p.m. meeting at First Church of God, 9550 Crenshaw Blvd., will include a Google Earth presentation of the route.