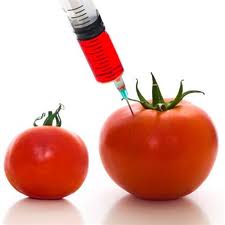 The most recent official vote tally released on Dec. 3 claims that Prop 37, the California Right to Know Genetically Engineered Food Act for GMO labels, was defeated by a narrow margin of 51.5%-48.5%. That’s a margin thinner than the string on a green bean, and mathematically speaking, it just does not look right.

Math is a beautiful thing, and if it does not look proper, proportional and (her’s the big hint) follow the statistical probability, look again. Beauty is as beauty does, and numbers do that.

Statisticians in California have uncovered a series of near-impossible statistical abnormalities affecting over 150,000 votes that could have swung the election. Their research strongly suggests that electronic vote tabulators in a number of California counties switched Yes on 37 votes to No votes. Statisticians have found that Yes on 37 fared worse, on the average, in larger precincts in a number of California’s most populous counties than it did in smaller precincts. These findings fly in the face of polls and common sense, given that the strongest support for Yes on 37 came from young people, younger moms, minority communities and low-income residents who are concentrated in these same larger urban precincts.

We won’t comment here on the vast amounts of money spent by out-of-state interests to keep these labels off the food in California, much of it spent on commercials telling people that the price of groceries would have to go up if they told us more about what we are eating. But it makes almost as much sense as a Sprouts-shopping mother of two toddlers (who brings her own grocery bags, thank you) voting no on Prop. 37.

Ask our Secretary of State, Debra Bowen (the very smart woman who kept our ballots on paper so we could have a paper trail – ) to please conduct a complete recount of the votes in all the counties exhibiting these statistical abnormalities.