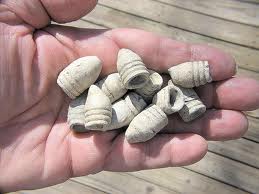 Seldom is change the stone that drops into the water, sending out the ripples. It is the ripples, and what happens because of them. I know that you’ve been discussing it for days, hearing every detail from every source, and I’m rippling here, but it’s just the physics of the situation; I can’t not.

Consider, if not a ripple, perhaps a ricochet shot.

I have known too many people killed by bullets. To have known any, outside of a war zone, is somewhat odd for a middle aged white women in a pleasant suburb. But the war that goes on in our culture knows no borders, and the opportunities for the violent to open fire on anyone and in any direction causes untold millions of ripples. Even the deflected power of a ricochet has an effect.

If it took a classroom full of dead children to get us this angry, put that anger to use.

Crazy men with easy firepower are not new to me. My father was killed in just such a situation way back in 1975. His murderer was a man who did not like doctors, and decided that if he was going to die, he was going to take a few down with him. He went to an army surplus store, bought and M-1 carbine rifle, and then went to a medical office and opened fire. My father was killed because he was wearing a white coat and a stethoscope.

Oh, and because we allow anyone who wants a gun to get one.

In 1975, it was still quite rare to be killed by a total stranger, just because they had a gun and you were the wrong kind. In 2012, it happens every day of the week.

Beyond the death of my parent, I have had co-workers, friends and neighbors who all left his world too soon at the other end of a gun barrel. Gang violence, jealous boyfriends, drug money, and kids so entranced by a collection of guns they just had to take one out and touch it. I could tell you tales all day.

We could stop this now. If everyone reading this who has lost someone to gun violence would get involved, we can keep the momentum of this sickening outrage. If you are still in pain over Sandy Hook, then know that you are now a member of my family, the family of survivors, and consider those deaths to be yours. If we each wrote a letter every day, we could start to create the changes that are needed. Know that being a survivor is a very different identity than being a victim.

I do object to the advice of telling your children it can’t happen to them. It bloody well can, and it will, if you don’t get active on this issue right now. While I don’t frighten my children with more information than they can handle,  I do let them know that there is some bad stuff in this world, and no one is immune to its affects. Telling your friends how upset you are accomplishes nothing. Telling your senators, your congressional reps, your governor, your mayor; that can create change. Use your pain as the fuel for your politics, and you will foster change.

The gun shops in Culver City – should they picketed? Boycotted? Closed? Someone is firing a gun that they bought at one of those shops right now. Someone in the Los Angeles area will be dead from a bullet by the time you finish reading this. They will probably not be a doctor or a kindergartener. What will you do about it?

You can start by going to www.feinstein.senate.gov and telling Sen. Diane Feinstein that you will support her efforts to ban assault weapons in California.

Know that while that legislation is looming, magazines full of bullets are flying off the store shelves, into the hands of those who need an arsenal to cope with their own fears.

When a bullet is fired, it has a force behind its trajectory. There is a reason it’s going where it’s going; that’s just the basic physics of the situation. But if deflected by another force, going in another direction, it may become something different.

Much of the talk about “the end of the world” is a very old story, with the date shifting from century to century, but most of the time, we are being told that this is the end.

With a different metaphor, it’s the beginning of a new era.