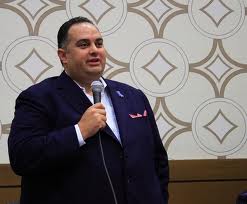 “In the new legislative session we will have 54 Democrats hitting the ground running, eager to work for jobs, recovery and economic growth for California, and I am honored and humbled to receive the unanimous support of my colleagues to continue leading that effort,” Pérez said.

The members of the Legislature for the 2013-14 session will be sworn in at 12 p.m. on December 3 in the State Capitol. Democrats will nominate Speaker Pérez to continue serving as Speaker of the Assembly at that time.