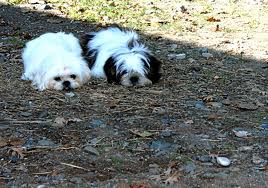 Plans for lighting to be installed at the Culver City Dog Park, ( known as the Boneyard) are to be completed on Nov. 13, resulting in a one-day closure of the park According to chair Vicki Daly Redholz, “the light fixtures and poles were donated by our neighbor who doesn’t want recognition until the lights are on and working. They made it part of their construction project and are donating them via Friends of the Culver City Dog Park to the City for use by anyone who uses the park: resident and non-resident alike.”

The Friends, once the power is turned on by Southern California Edison, will be donating $35,000 towards the electricity to power the lights. This donation of funds should last 20-30 years. The lights are environmentally friendly and will allow the Friends of the Dogpark to support the lights at a low yearly rate. The City will continue to maintain the park, including the lights.

Redholz added “We hope to have an event at the park soon after the lights go on, so we can celebrate with the users and supporters.” Once the lights are on, you can bring your dogs for an evening of fun and see what they are up to after dark