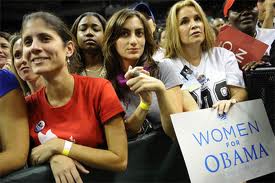 I had not realized how very stressed I was about the election until Wednesday morning, when I woke up feeling lighter. As if I’d put down some 50-pound weight I’d been carrying around for goodness knows how long. I suppose I did not notice it, because it just got a little heavier every day for months. Now that it was gone, I did notice that my shoulders were tight, and my biceps were sore. Really good to put all that down.

I went to bed knowing that Obama was re-relected, and that Measure Y had passed, but thinking that Prop. 30 had gone done to defeat. So, the news on Wednesday was even better.

I get fantastic stats and info on Sacramento from a blogger named Scott Lay, and he is where I got some really good news –  “Polling firms undersampled 18-29 yo voters through the cycle, particularly after Prop. 30 became a rallying cry on campuses. In the last four presidentials, 18-29yos have ranged from 15% (1996) to 22% (2008). So, why were they only expected to be 12% of the California electorate in Monday’s Field Poll projections? In the end, the exit poll found that 28% of California’s electorate were 18-29 year olds. And, with they 63% yes vote on Prop 30, they single-handedly put Jerry Brown’s tax measure over the top. This also led to a 1.9 million 20-point margin for Obama in California that ensured that he won the national popular vote.”

People voting in their own best interests – imagine that! All those smart political college students who would like the doors to their colleges to remain open went out and made sure that would happen. I felt even lighter.

The Really Good News was that women voted. Women voted in their own self-interest. Women voted in strength and turned a lot of races across the country. Tammy Baldwin and Elizabeth Warren are just the cream on the top, with an unprecedented number of women now elected to federal office.

We out-voted the creeps. All those self-righteous ignorant old men talking about rape as if it were no more significant than stubbing your toe, they are fired. The guys who think that birth control has nothing to do with health care, they lost. Those empty suits who insulted women; women voted them out.

The bad news (there’s always some bad news – ) is that the House is still under the control of the Republican party, and these are the guys (they are still mostly guys) who prevented all kinds of good things from getting done during the first Obama administration.

So, I can certainly hope that this idea among women and youth about voting in your own best interest is habit forming. Good news can be enlightening.