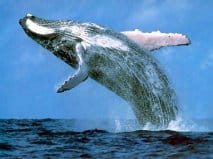 The West Los Angeles Group of the Sierra Club is proud to present “Wild Alaska – Up Close and Personal — the small cruise ship advantage” with Terry Gardner, travel writer for the Los Angeles Times, Chicago Tribune and Dallas Morning News. Terry will tell us about her recent trip with InnerSea Discoveries aboard a cruise ship small enough to explore the narrow passages and secluded fjords of Alaska’s rugged coastline. She’ll discuss embracing the wilderness and playing outside along Alaska’s rugged coastlines. She hiked, snorkeled, kayaked and did stand up paddleboarding. She saw amazing wildlife in their own element – humpback whales bubble net feeding and lunge feeding and baby whales breaching in Icy Strait and a pack of wolves confronting a coastal brown bear on the beach at Tidal Inlet in Glacier Bay after the young bear came too close to the wolves’ pups.
Time: Thursday, November 8th at 7pm
Location: Uruapan Room of the Veterans Memorial Auditorium, 4117 Overland Ave., Culver City 90230
Terry Gardner is a freelance journalist and playwright whose passions for travel, scuba diving, the environment and history fuel her writing. This year she hopes to stay on the surface long enough to rewrite her musical about Paul Revere. Her travel articles have appeared in the Chicago Tribune, the Los Angeles Times, Huffington Post, The Dallas Morning News, American Way, and the dive publication, Alert Diver.

Terry primarily dives in tropical places like Hawaii (Maui and the Big Island), Belize, Bonaire and Tonga. After falling in love with the diving in New Zealand at the Poor Knights Island (near Tutakaka on North Island), Terry is trying to brace herself for diving in chillier waters. At the Poor Knight’s (one of Jacques Cousteau’s top 10 dive sites), entire schools of fish literally hang out with you. Since it was summertime in New Zealand, Terry dove the Poor Knights when its waters are warmest and a wetsuit rather than a drysuit will do. In January 2009, Terry finished her drysuit certification for California’s chilly waters but she’s not yet adept with a drysuit. It’s likely the fish believe she’s a cross between a diver inside a giant baggy or a wounded yellow bird (with her left elbow contorted to release air via the left shoulder exhaust of her yellow and blue drysuit).

Terry has taken a circuitous route into travel journalism having obtained her MFA from UCLA as a playwright several moons ago. Prior to UCLA, Terry was double majored in Theatre and English for a BA from Converse College (an all female college). Four years of study surrounded by girls studying education before they got their “MRS” degree made Terry really appreciate UCLA – just to see men walking around campus in shorts.

Prior to journalism, Terry pursued stand up comedy for a few years, so hopefully you’ll find her presentation entertaining!