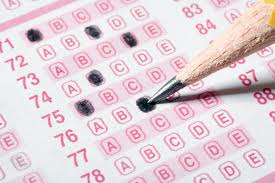 State officials have stripped Short Avenue and 22 other schools of a key state ranking for cheating, other misconduct or mistakes in administering the standardized tests given last spring. The offenses ranged from failing to cover bulletin boards to more overt improprieties, including helping students correct mistakes or preparing them with actual test questions. The details were included in school district reports obtained by The Los Angeles Times through a public records request filed with the California Department of Education.

The state defines such episodes as “adult irregularities,” and if they affect at least 5% of students tested at a school, the campus loses its annual rating on California’s Academic Performance Index, which was released this month.

The API is a scale by which schools are officially measured in California. According to the Times, top rankings are celebrated and contribute to high property values. Low scores can label schools as failures and trigger penalties.

The number of schools with invalidated test scores remains relatively small: about two dozen each of the last three years in a state with more than 10,000 schools.

Some teachers may have thought they were within bounds when in fact they weren’t.

A fifth-grade teacher at Short Avenue Elementary in the Del Rey neighborhood told her students in advance to jot down such helpful clues as multiplication tables, fraction-to-decimal conversions and number lines on scratch paper prior to starting the tests, according to a Los Angeles Unified report. On exam day, she allegedly walked around the classroom making encouraging remarks to make sure students followed through. That sort of test-day coaching is against the rules and cost Short Avenue its ranking. The teacher has since retired, according to the district.

Short Avenue also lost its API score last year for alleged testing mistakes, improper coaching or outright cheating by three popular teachers. All were pulled from campus and have since retired; at least two faced being fired if they didn’t leave.