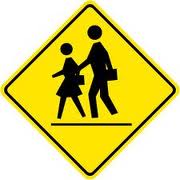 Tuesday October 23 was the last school board meeting before the presidential election and there was plenty of politics, local, state and national, before the discussion was adjourned.
The meeting started off very enthusiastically when Marcia Shulman, president of the Culver City Education Foundation, brought to the attention of the audience and board that all five elementary schools plus Culver City High received a donation of two cases of copy paper from the Culver City Rotary Club. El Rincon was also awarded $33.511.44 to purchase 26 imac computers, 26 imac safety kits accompanied by 26 HP printers. These new additions were set to satisfy the needs of students in order to reach the goals of the near future in learning.
“We need to educate ourselves continually,” said Board Member Nancy Goldberg during the discussion of competitive and improved API scores amongst all of the Culver City Unified Schools. The API scale ranges from 200-1000 and the California state goal is 800. This year alone, Culver City schools not only surpassed that level, but drastically improved 21 points from 835 to 855. This is very significant considering the average jump is only about four to five points each year per school. Individually, El Marino had the highest score of 942 followed by Farragut at 940. As for the annual yearly product (AYP), a federal index expressed as a percentage of proficiency in English language arts (ELA) and math, has made a huge impact between Culver City schools. Back in 2002 the ELA score was calculated at 39.9% and recently in 2012 it had hiked up to 73.4%. However, there is still room for more improvement. The district will have challenges in the 2012-2013 school year because 2010 was the fourth year English learners and special education students did not meet the graduation requirements or passed the California High School Exit Exam (CAHSEE). But the district plans on allocating resources and continue to focus on quality professional development in hopes to patch these bumps in the road. Fortunately, the state sets new targets each year and Culver City High started providing CAHSEE prep after school for English learners to help meet the state target of 90.
Last year alone, 157 out of 563 freshman failed one or more classes. A program Culver City High endorsed called Link Crew Leadership motivates freshmen to stay and focus on the right path. It is run by a group of volunteer teachers and upperclassmen who stated in the agenda their planning of “one social gathering, and two study sessions before each semester final.” All in all, their goal is to create an elective class that does not require textbooks in order to “ensure the sustainability of a school wide implementation of the Link Crew program that will foster positive peer relationships as well as student leadership in all grade levels.” After a short presentation, the committee approved their proposal unanimously. “I am incredibly proud of our upperclassmen that presented to the board. They eloquently explained the value of the class,” said Lisa Michel, assistant principal of guidance and curriculum.
Michael Reynolds, the new Vice Superintendent, Martin Beer, president of Culver City High’s Associated Student Body and Eric Ibarra, who represented Culver Park were all formally introduced that night as well. Beer informed the board trustees on the upcoming ‘Red Ribbon Week’ which is a pledge students make to stay drug-free, as well as the decrease in locker conditions, and the reinstatement of the House of Representatives meeting.

CCHS Junior Jordan Bentley, the creator of Hypland, a clothing brand that “caters to young teens and adults,” brought to the board’s attention his contribution and support for October’s breast cancer awareness month by donating 25 percent to the cause with each t-shirt he sells. Bentley is well known around Culver City and was featured in The Centaurian Newspaper last year. The pink design of his logo is exclusive and he was excited to promote his work and website at www.hypland.com. Ibarra talked about the new Culver Park school logo contest where the winner gets to use his or her logo for two years, campus beautification and the reevaluation of the location of the school because many students are discontented with being stationed in bungalows.
Ballot Measures 30, 38 and Y were heavily emphasized at the meeting. Board Vice President Katherine Paspalis wanted people to start “understanding the importance of state funding,” and continuously motivated the audience to “step up, wake up and vote.” If not, the district will have to cut about five million dollars from the budget.

Kourtney Brodnax is a CC Crossroads Intern, and the editor of the CCHS Centurian.