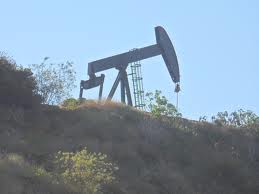 In a serious and enthusiastic conversation with the community, the Culver City Council Monday night opted not to add a “Fracking Committee” to the official list of city sponsored organizations.

All the council members had strong opinions on the topic, and with fourteen people signed on to speak on Action Item 1-A, comments covered every possible angle, with most openly opposing the fracking process and decrying the current lack of oversight.

Rebecca Rona-Tuttle, the first speaker, asked the council to “please create this committee who can further educate the rest of the community.”

Previous council candidate Stephen Murray felt the committee’s concerns should be broader than just fracking.”I’ve been looking at the oil and gas regulations, and I think there is just cause to investigate not just the oil and gas code but all heavy industry. What we need is a sustainability committee. I think the fracking committee is a good start, but we need to include injection wells, chemicals being used locally by heavy industry, and get all this under consideration for the sake of our health.”

Blair Hills resident and community leader Mim Shaprio went back to Culver City in 1956, talking at length about the city planning and the oil field. “It’s our duty to take care of this place, we owe it to ourselves, we owe it to each other. ”

Of the speakers at the podium, only Goran Eriksson, representing himself as a private citizen and not as the Culver City Chamber of Commerce, was opposed to the formation of the committee.  “Safe and commercially sound oil extraction is something we all want. I think that fracking committee is something we shouldn’t set up. There are also other environmental issues to be dealt with, and maybe we could package them to be addressed. But what we know from the people in this room who are here tonight to offer their services to the committee, there will be a narrow focus  [with a foregone conclusion.] People who already oppose fracking are not the ideal candidates to investigate it.”

Jane Brotman countered “It’s really important. This is the most grave threat to our way of life.  There is so much info out there that’s not true. All we hear about in the [mainstream] media is ‘clean energy independence’ and our concerns need to be addressed.”

Council member Meghan Sahli-Wells offered that a “fracking committee could do many things – the city is considering an oil drilling ordinance, and we really do need help from the community to make sure that we have the best information and use the most comprehensive language in regard to the oil field.”

But it was council member Jim Clarke who pointed out the dark cloud inside the silver lining. “I’m in agreement with everyone who spoke, but I’m not in agreement with the solution. We are restricted up here about what we can discuss [as per the Brown Act] If you want to discuss something you have to agendize it- if it’s a committee on the city it’s another burden of the staff.”

Noting the amount of staff time it takes to prepare a committee meeting, and echoing  other council member’s awareness that staff had been cut by 18% in the recent budget, he said ” I want you to go out and work with your own committee, be it the Sierra Club, Transition, CulverCrest, WaterWatch – I think it’s in everyone’s best interest to keep doing what your doing, but an official committee would just be an exercise in frustration.”

Cooper also declined to support the idea of the committee, reflecting his experience with the Dog Park as a non-governmental entity that succeeded in it’s goals.

Mayor Andy Weissman and Sahli-Wells, who make up the oil drilling committee on the council, offered to open their meetings to the public with more extensive notification so that all the concerned citizens groups could add their information into the mix.