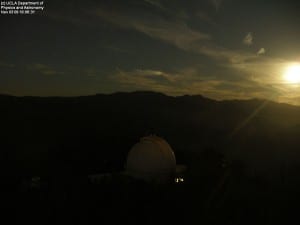 MARS ROVER TARGETS UNUSUAL ROCK EN ROUTE TO FIRST DESTINATION – NASA’s Mars rover Curiosity has driven up to a football-size rock that will be the first for the rover’s arm to examine.

Curiosity is about 8 feet (2.5 meters) from the rock. It lies about halfway from the rover’s landing site, Bradbury Landing, to a location called Glenelg. In coming days, the team plans to touch the rock with a spectrometer to determine its elemental composition and use an arm-mounted camera to take close-up photographs.

Both the arm-mounted Alpha Particle X-Ray Spectrometer and the mast-mounted, laser-zapping Chemistry and Camera Instrument will be used for identifying elements in the rock. This will allow cross-checking of the two instruments.

The rock has been named “Jake Matijevic.” Jacob Matijevic (mah-TEE-uh-vik) was the surface operations systems chief engineer for Mars Science Laboratory and the project’s Curiosity rover. He passed away Aug. 20, at age 64. Matijevic also was a leading engineer for all of the previous NASA Mars rovers: Sojourner, Spirit and Opportunity.

“This robot was built to rove, and the team is really getting a good rhythm of driving day after day when that’s the priority,” said Mars Science Laboratory Project Manager Richard Cook of NASA’s Jet Propulsion Laboratory in Pasadena, Calif.

The team plans to choose a rock in the Glenelg area for the rover’s first use of its capability to analyze powder drilled from interiors of rocks. Three types of terrain intersect in the Glenelg area—one lighter-toned and another more cratered than the terrain Curiosity currently is crossing. The light-toned area is of special interest because it retains daytime heat long into the night, suggesting an unusual composition.

“As we’re getting closer to the light-toned area, we see thin, dark bands of unknown origin,” said 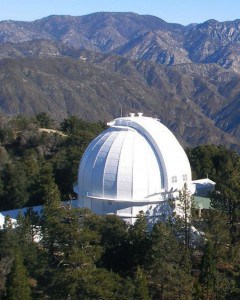 During Curiosity’s two-year prime mission, researchers will use the rover’s 10 science instruments to assess whether the selected field site inside Gale Crater ever has offered environmental conditions favorable for microbial life.

ON BEHALF OF MOUNT WILSON OBSERVATORY, I’d like to invite all of our readers to an astronomy lecture this Saturday afternoon, Sept. 29, 2:30 p.m. at the Altadena Public Library, 600 E. Mariposa St., Altadena.

The speaker is Dr. Barry F. Madore, senior research astronomer at the Observatories of the Carnegie Institution for Science. Dr. Madore’s talk is titled “Cognitive Astrophysics and Pentessence, The Fifth State of Matter.” This talk introduces a synthesis of recent studies into how we think, how we express those thoughts, and ultimately how we see and model the universe, drawing heavily from recent findings in the cognitive sciences, linguistics, computer science, astrophysics, cosmology, and philosophy.

The public is welcome, and there is no charge. Ample parking is available in the library parking lot, at the southwest corner of Mariposa St. and Santa Rosa Ave. (Christmas Tree Lane).