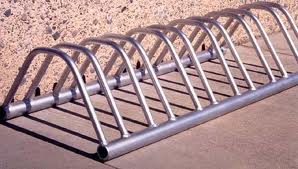 I was going to begin “Dear Reggie,” but that kind of typifies the behavior that seems to be creating problems here, so I’ll begin with ‘I am sorry.’ I was wrong. I had some good intentions, but what I did did not solve problems, it created more. Please accept my apologies.

I am not a person who thinks a lot about hierarchy. I think about structure, I think about relationship, I think about support, but I don’t think too much about rank or class. That’s too bad, because it’s there, and every now and then I get to trip over what I don’t see.

So the thing about the bike rack – I was just trying to help.

When I spoke to the school board about the lack of a bike rack at El Rincon, I was trying to address a need. I am passionate about children walking to school (or biking or running or scootering; just don’t burn gas) My child had ridden her scooter into school, and I was looking for a parking place to leave it until the end of the day. I asked four people, (two teachers and two green t-shirted booster club parents) none of whom knew the answer, and then I concluded that there might not be one.

I had thought I might go to Wheel World or Chubby’s Cruisers and see if I could persuade them to donate one. I thought it might be something to bring to the attention of the booster club. I thought the district might have an extra one sitting in storage somewhere (like maybe the Natatorium, ) that we could have. I thought by mentioning it ( I was at the podium on other matters) I could get the school a bike rack.

But this is about more than a bike rack.

It was my extreme good fortune about a decade ago to be invited to be part of a “friendship circle” put on by Rebecca Rona’s non-profit organization “Together.” In asking people to consider why and about what they are prejudiced, we were partnered with people that we might have been biased against. The group that I worked with was centered on Jews and Arabs (neither of which category I fall into ) but also contained a mix of immigrants and natives, black and white, men and women, and younger and older people. We all got to talk about prejudice, once a week for a few months, and it was revelatory. (I have asked Rebecca Rona-Tuttle how this wonderful non-profit could be revived, but it’s over.) The fact is that we all have a bias, whether we are aware of it or not, and that our society has certain expectations of us based on class or gender or ethnicity.

Part of my bias is that I am an activist parent. When I walk on to the campus of a school that my children are attending, I do not ever think that I am a guest at this hotel. If I see something that needs to be fixed, I’m going to see if  I can fix it. I thought I might be taking something off your list, rather than getting you upbraided for not having it taken care of it already. I went over your head, and for that I am truly sorry.

Now, for a parent to walk in during the first week of school and go over the principal is annoying and offensive, but for a white woman to walk in and go over a black man is just obnoxious, and I apologize. Of course you know how to do your job – it was not ever my intention to imply that you don’t. I was so impressed with your presentation to the school board last June it was a key part of my decision to send my child to El Rincon, a school with a difficult reputation and a turnstile on the office door. You deserve a huge round of applause.

Even though I have spent quite a bit of time on the yard at El Rincon- the YMCA uses the facility for summer camp – I realized last week why I have never noticed the bike rack at the end of the yard by the parks building.

I’ve never seen a bike parked there. Until now.

For the last few days, there has been a small bike locked securely as I walk past it in the afternoon. I’m tempted to leave a note or a balloon or something for the owner, to congratulate them for riding to school, but at this point I realize I should leave well enough alone.

It’s already become a part of the vernacular at my house. Rather than saying ‘don’t make a mountain out of a molehill,’ or ‘don’t turn it into a federal case,’ my kids say ‘hey, don’t turn this into a bike rack.’

There are plenty of parents, at any school in the district, who do nothing more than drop their kids off in the morning and pick them up in the afternoon. Maybe that is the best thing to do while I observe how the culture of this place works. So, while I do want to see two or three more bike racks, and I want them to be filled with bikes every morning, my strategy obviously needs to be reconsidered.

Please forgive me for trying to be helpful. I can’t promise I won’t ever try to helpful in the future, but I will take a totally different approach.