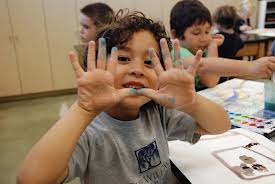 “We just want to thank you for all your support through this lengthy and thoughtful process.  We hope it will be best thing for the city, and we know it is the best thing for us.”The Head of the Willows Community School, Lisa Rosenstein, spoke to the Culver City Council at the meeting on Monday Sept. 10.

After years of discussion, the council approved expanding the school on Higuera will allow for more students. The city will be compensated for the loss of industrial space and added traffic by an annual payment of $103,000. After a vote of five ayes, many of the parents who sought the city’s approval for the expansion at the Willows Community School also offered their thanks. Zoenda McIntosh praised the council on behalf of the parents, saying she was delighted to have her children at the Willows, and have the Willows in Culver City.

Mayor Andy Weissman stated that he had been dealing with this request for expansion “since my time on the Planning Commission, and I’m glad to have this matter resolved. ”

The next private school to ask for an increase in their enrollment was The Help Group on Washington Blvd. Their leader, Dr. Barbara Firestone, noted that the need for their services had increased. “When we opened this school in 1999  autism effected one in every 250 children. It is now its one in 84. Everyone knows and loves a child with autism in their families, or their community.”

With the Help Group seeking to add another 200 students to their enrollment, neighbors in both Culver City and Los Angeles were concerned about traffic impact and noise. Like The Willows, the school offered to make a payment to the city for between $11,650 a year and $17,050  to make up for cost of police and fire service and loss of business opportunities in the space on Washington Blvd.

Culver City resident and property owner Wally Marks asked for the council to approve the expansion of the Help Group. “When businesses come to Culver City, we don’t want them to outgrow Culver City. They took a vacant building and turned it into state of the art school for kids with autism, and we should do all that we can to keep them here in our community.”

Los Angeles neighbor Michelle Krupkin was concerned about traffic. “There is a private road with a diffficult exit, ” she noted, “and I’ve seen a number of near misses. It’s a very challenging place to pull out onto Inglewood [Blvd.].”

While adding into the agreement with the Help Group that there needed to be specifics to address the neighbor’s concerns about noise and parking, the council approved the increase in student enrollment with another vote of five ayes.