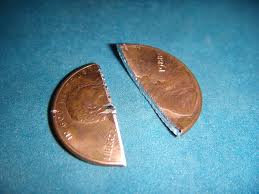 The Culver City Chamber of Commerce announced on Wednesday Sept. 5 that it will support Measure Y on the November ballot. The measure, which would increase the local sales tax by on half a cent until 2023, will enable the city to balance a budget that has been decimated by the demise of Redevelopment Agencies and the downturn in the economy.

While the Chamber supports the measure, Chamber Chairman Goran Eriksson encouraged Council members and city staff to look for ways to cut expenses and increase revenues and not rely solely on a tax increase to solve systemic budget issues.

“It is not often that a business organization goes on the record in favor of new taxes, especially one that will clearly have some impacts on our local retailers, but we recognize the difficult situation our city faces,” he said. “While we will encourage Culver City voters to support the measure, we also demand that the city take a hard look at other ways to close the budget gap.”

Eriksson said the Chamber issued a series of suggestions that will help Culver City do just that and urged the city to undertake an economic growth strategy that would allow the city to generate new revenues and ultimately grow out of some of its budgetary issues.

“The structural budget needs to be addressed sooner than later and much of it needs to be done through appropriate user fees to remove the tax burden from the general public and the business community,” said Chamber President Steve Rose, a former mayor and councilman. “The Chamber has spent a lot of time focusing on ways to make sure that user fees are the preferred tool for helping us dig out of this economic hole. It’s simply not fair to ask business alone to shoulder that burden.”

Among the proposed user fees supported by the Chamber are:

• Rental fees for city buildings and facilities – A review and implementation of appropriate fees, including a capital reserve fund, needs to be charged for all city property. Over the past 40 years, the Redevelopment Agency funded most, if not all, capital improvements to city facilities. While there might be consideration of reductions in fees for some youth programs, it is important that users of these facilities pay “the going rate” and are no longer subsidized by the city.
• Parking Meters – The Chamber supports placement of parking meters in all retail business areas in Culver City. Not only would parking meters create a “churn” in parking, allowing new customers to park near businesses on busy retail streets as other shoppers leave, but those meters can be an important revenue source for the city. In the past, the placement of parking meters was determined on a block-by-block basis, but that methodology needs to be changed to one that looks are larger areas.
• Parking Fees in City Lots – The Chamber supports the elimination of free parking in all city parking lots.
• City Fees – The Chamber believes the city should undertake a thorough review of all city fees and develop a fair fee-for-service formula.

“These proposed increases in fees and charges need to be implemented sooner rather than later to benefit the city’s financial picture as rapidly as possible,” Eriksson said. “Fees for city parking should be placed in a capital improvement fund for the duration of the five-year city sales tax to be spent on maintenance of city facilities such as City Hall, which is reaching its 20-year anniversary and is in need of maintenance.”

Rose said the Chamber hopes to work cooperatively and proactively with the city to address the budget situation.

“The sales tax increase is not a panacea, and we expect that the city will continue to explore new ways to increase revenues and reduce expenses,” said Rose, who added that the Chamber’s board of directors has established a standing committee to monitor the spending at City Hall. The committee, he said, is intended to both provide new ideas for revenue creation and to serve as a watchdog for the expenditure of additional tax revenues should Measure Y pass.

“It is critical for the city to develop new revenue streams because we simply cannot rely on state and federal funding because our pocket has been picked too many times,” Rose said. “We will be watching City Council very closely to assure that our elected officials do everything within their power to implement creative change. If the revenue generated from this new sales tax increase is not spent wisely, the chamber will be the first to hold the decision makers responsible.”

For more than 90 years, the Culver City Chamber has been involved in making our city a better place in which to live and do business. That is why the Chamber is the only citywide organization that has taken stands in favor of Proposition S – a local school bond – and Measure EE – the school parcel tax – and opposing an attempt to cut by nearly 75% the city’s Utility Users Tax.