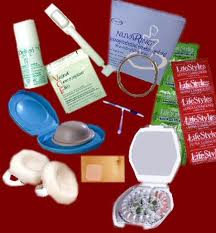 “Conservative activists decided to target women’s reproductive rights as an easy ‘take down’ this year,” said Assemblymember Holly J. Mitchell (D-Culver City), chair of the Assembly Budget Subcommittee on Health and Services. “We have to make it clear that the pill isn’t going back in the bottle — and women aren’t going backward, period, no matter who the Right enlists as allies.”

In a vote on Aug. 29, the state Senate on Wednesday adopted Assemblymember Mitchell’s AB 2384 by a 23-15 tally. The bill calls for registered nurses to be permitted to dispense contraceptives including the pill, patches and rings. Current law states that  only physicians and nurse practitioners can offer contraceptives.

“We’re launching a push back against recent nationwide efforts to turn back the clock on reproductive rights,” she added.

AB 2348 is co-sponsored by Planned Parenthood of California and the California Family Health Council. The bill  will now move to the Assembly for the next vote, and then on to the governor’s desk for a signature.