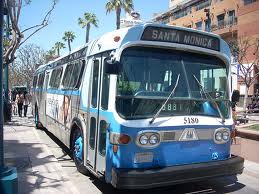 Santa Monica’s Big Blue Bus has launched changes to select routes and schedules designed to improve connectivity with the Culver City Expo Light Rail Line. According to Westside Today, additional adjustments are also being made to help commuters ride back to work and school for fall, in place of their summer leisure trips to the beach. BBB anticipates rider travel patterns to evolve further as regional multi-modal options expand. Ridership on the train line is increasing weekly, and making connections with all public transit systems easier it the key to reducing traffic on the westside.

“Moving resources from under-performing services and utilizing empty bus trips to generate revenue is how BBB will do more for its riders without an impact on the existing budget,” states Edward F. King, Director of Transit Services at the Big Blue Bus.

The biggest change this fall will be the launch of a new Rapid 20 service to connect riders between downtown Santa Monica and the Expo Culver City station more directly than BBB’s own Route 5. Presently, BBB operates buses daily from its yard to Culver City, where those buses go into service as Route 5 and Route 12 trips.

As of Monday, August 27, these trips will be open to riders, and subsequently will generate revenue without BBB incurring any additional costs. While Rapid 20 will operate on the Santa Monica Freeway, the local rate of $1 for regular fares and a $0.50 for senior/disabled/Medicare fares will be offered.

To further increase connectivity to Expo light rail, BBB’s Super 12 service is being changed to a Rapid 12 service. To transport riders between the Culver City station and Westwood/UCLA quickly and directly, bus trip times are being aligned with the light rail trips, stops with the lowest usage are being eliminated (but will still be served by BBB’s Local 12), and the end-of-line stop is being relocated to northbound Robertson between Venice and Washington.