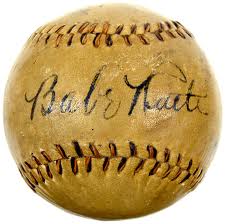 Westchester defeated Twin Cities (Washington) by a score of 6 to 3 Monday in a matinee game in the Babe Ruth 14U World Series. Westchester came into the game with a 1-1 record. Twin Cities entered undefeated, having beaten Utah Sunday evening.

Westchester jumped to an early 3-0 lead on a double by Anthony Chavez, Carlos Jacobo taking a pitch in his ribs, and then an Avery Allen singled to center scoring Chavez. Starting pitcher Ethan Lazar doubled in two, giving Westchester a 3-0 lead.

After Erin Inatsugu (mother or right fielder AJ Inatsugu) gave a rousing rendition of God Bless America, the Westchester bats caught fire. Jacobo led off with a ground rule double to left field. Allen reached on a
fielder’s choice on a grounder to shortstop, putting runners at first and second with nobody out. Inatsugu bunted into a force play, bringing up pinch hitter Grant Craddolph. Craddolph grounded to short, but the
shortstop threw the ball away, allowing Allen to score, Inatsugu to take third and Craddolph to take second. Pinch hitting Matthew Kaplan struck out, bringing up Christian Amador. With Amador at the plate, the Twin Cities pitcher threw an attempted pick off throw to the centerfielder, allowing Inatsugu to score and Craddolph to take third. Amador ripped a single to center, scoring Craddolph giving Westchester a 6-2 lead going into the bottom of the fifth.

Craddolph relieved Lazar on the mound to begin the bottom of the fifth inning and immediately gave up back to back hits. After getting two outs, Craddolph walked pitcher Fletcher Brown on four pitches. With the bases loaded, Craddolph struck out Casey Wassen to end the threat.

Matthew Kanfer relieved Craddolph and immediately gave up a lead off double and a single, putting runners at first and third. Kanfer got the next two batters before giving up a single scoring one. Kanfer induced the next hitter to ground out, ending the inning with Westchester leading 6-3 after six.

Westchester failed to score in the top of the seventh, setting the stage fora possible Twin Cities comeback in the bottom of the seventh inning. In an unusual and brilliant move, Westchester manager went back to Craddolph to close the game. Craddolph has been Westchester’s dominant closer throughout the tournament, and despite pitching the fifth inning, and playing short in the sixth, Lopatto reinserted Craddolph on the mound to close the game. Craddolph got the first batter to ground out to shortstop. The second batter reached safely on an error and the next batter singled to center, putting runners on first and second with one out. Twin Cities’ Kevin Brettison flew out to left for the second out of the inning. Jordan Wood grounded out to end the game.

Westchester is now 2-1 in pool play and plays Utah Wednesday at 5:30 pm to complete the round-robin pool. Three of the five teams in Westchester’s pool will advance to the single elimination championship beginning Thursday.