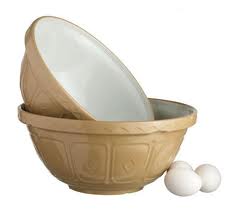 A few years ago I had a run of four funerals in four months. That was hard. From elderly friends with chronic conditions to teenage suicides, it felt like death had befriended me, insisting on a closer relationship. I know death; I have buried both parents, more than a few friends, and many of the wise women who were stalwarts in my community.

But to lose someone that I was in touch with almost every day, to lose someone I loved so much, to lose Sally has been devastating, and everything I know about dealing with grief has felt like trying to bail out a swimming pool with a mixing bowl.

“Here taste this, I just baked it.” This was one of the best things that you could hear from Sally Copeland, who was not simply a baker but an artist. Not only the leader of a Girl Scout troop, but of the entire Girl Scout Neighborhood. In everything that she did, she gave her all. She gave it all to us, and now she’s gone.

I met Sally by happenstance at Pilgrim Pines, the annual Girl Scout camping weekend. I had offered to teach a yoga class for anyone who was interested, and I was surprised to find the room packed with girls and women. Sally was in the back with a group of leaders, breathing and stretching.

The food at Pilgrim Pines was so awful it was almost inedible, and when I was handed a brownie, I almost handed it back. But it was wonderful. It could not possibly have come from the kitchen. I traced the source to a large Tupperware container marked “Sally Copeland.” Aha, I thought, this is talent.

Several months later, I got a phone call from Sally, who said she wanted to come and do some yoga. She couldn’t pay, she told me she had a medical situation that was very expensive, but she would be willing to barter – Did I need an accountant? Talk about the perfect exchange; my ex had done all the accounting, and I was not just at Bookkeeping 101, but something like “Finance for Dummies.”

When she came for her session, she told me about her medical situation in great detail, and I was overwhelmed. I said yes, of course, but I was sure that we’d have a few weeks to work together. We had almost two years.

What we had was unique. She came to me asking for help for her great weakness – her health, and in return I asked her for help with mine – numbers. Looking back, I think the only thing that allowed her to be so candid with me about her problems was that I was right up front with mine. I told her what I have told many others- yoga is not about being perfect, it’s just about being present. She liked that.

I have never seen such courage, such determination, coupled with so much sadness and futility. Sally was amazed that the yoga was able to give her so much pain relief, and I was amazed at how strong she was even while she was taking on the cruel challenge of chemotherapy.

I wrote an essay during the last school board race entitled “On Coping and Not Coping in Copeland” contrasting Sally’s physical crisis with another person’s mental health issues, focusing on the courage that it takes to deal with illness.

She asked me not to publish it, and so I didn’t. She was shocked that I would take a piece of work that I had spent hours crafting and just toss it over my shoulder, but I told her it was about her personal stuff, and if it didn’t work for her, then it didn’t work. “Haven’t you ever just had a batch that didn’t work out? Y’know, take those cookies and dump them in the compost?”

The look on her face said no. “There’s nothing wrong with this – it’s a great essay, I just don’t want you to publish it.” She simply did not want to be seen as someone who was ill.

Unhappily, I think she succeeded in that regard so very well that many people – people who might have offered more help – or at least been dissuaded from asking her to do something else – had no idea of how much pain she was suffering.

During our time together in the yoga studio, we were like two little girls in a special hiding place, sharing our secrets.

She would finish a meditation, and exclaim “I just realized I made a huge mistake several decades ago.” We would talk about how to pick it up in the present, be forgiving, and and move into change. I would hand her a folder stuffed with receipts and bills and say “It’s an unfathomable mess. Please help me.” I would get back a collection of neat paper with checks attached, waiting for me to simply sign them and send them.

That she continued to do so much was a point of pride. I reminded her often to rest, to slow down, to let someone else do, and that was very hard for her. Normal life, she insisted, was important. Normal life, I told her, was what made you sick in the first place. What are we calling normal here? These 18 hour days, the full-time volunteer jobs, the family, the scouts? One week, I told her I was going to give her a special mantra to work with in her meditation. ‘F— the bake sale. Let yourself rest and heal.” She laughed, but she told me the next week that she had turned down a request to volunteer for something, and I knew that mantra had done some good.

Every time we said goodbye, I would tell her that I loved her, and while I know she felt it was kind of weird in the beginning, it came to be our ritual farewell. Lots of texts, confirming or switching appointments, offered love. It’s always good to remind someone that you love them. Life is uncertain, and death is a sure thing.

When I spoke to her about the option of using marijuana for pain relief, she gave me an absolute no. I knew she was in a lot of pain, and I felt some relief that would support her sleeping was essential to her health (sleeping is essential to everyone’s health) so after another month, I asked her again. Her rejection was fierce, and I asked her to tell me why she would not even consider it.

“That’s what people do when they’ve given up,” she said, her voice saturated with contempt.

Sally did not give up. She just gave out.

Every body has a limit, and I know it was her physical body and not her spirit that brought the battle to the end.

My favorite law of physics is that energy can never be destroyed or lost, only transformed. Every time I write a check, or look at a bill, I hear her voice in my ear, never critical, patiently reminding me what I need to do. It’s more than numbers. It’s about energy.

I know that this mixing bowl is just going to fill with tears, over and over again, and then, in that same spirit of determination, I will get back to normal life. I have been changed forever by loving my Sally, and what I learned from her I am only beginning to understand.