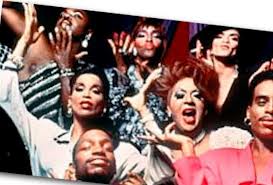 Black Talkies on Parade presents Paris is Burning Saturday, August 25 at 4:00 pm. Join the MCLM and see the groundbreaking documentary Paris Is Burning (1990), directed by Jenny Livingston. See the infamous drag balls of New York City and the underground culture that surrounds this flamboyant community. The film captures personal and moving interviews that comment on racism, homophobia, and poverty. This exciting footage also captures the birth of “voguing” before Madonna made it popular. The film won several awards including the Grand Jury Prize at the Sundance Film Festival and Best Documentary from the Los Angeles Film Critic’s Association. Lloyd Clayton, Chairman of MCLM, will give the introductions and Les Wilis will follow-up with a film discussion and Q&A.