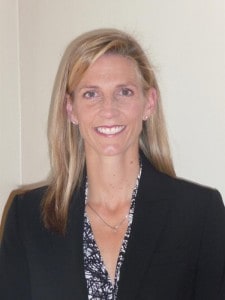 The Culver City Unified School District Board of Education has announced that it has selected former Culver City High School Assistant Principal to serve as Principal of Linwood E. Howe Elementary School. The Board will officially vote on Indelicato’s hiring at its September 11 meeting.

Indelicato has spent the past six years as Assistant Principal at Culver City High School, where she has overseen discipline, athletics, attendance, student activities, curriculum and guidance. She also served as a physical education teacher and cheerleading coach at the school for two years.

Prior to her CCHS experience, Indelicate spent five years as a sixth-grade physical education teacher at Culver City Middle School, where she also served as student council advisor and cheerleading coach.

“Kim brings a lot of wonderful talents to her new position, and I am excited that she will continue to have an important role in educating Culver City’s children,” said CCUSD Superintendent David LaRose. “In my short time here, I can see that CCUSD is truly a family, so it is great to see Kim stay here in Culver City as she move forward in her career. The students, teachers and staff at Lin Howe are getting a great new leader.”

Indelicato was born in Galesburg, Illinois; and earned her bachelor’s degree from Ball State University and her master’s degree from UCLA. She is currently in the third year of a three-year doctoral program focusing on Educational Leadership for Social Justice at Loyola Marymount University.