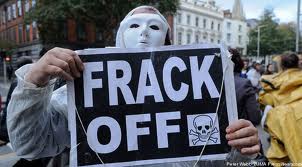 Now a hot topic in Los Angeles, (and particularly in Culver City) “fracking” is the focus of an evening at the Aero Theatre in Santa Monica, featuring Josh Fox’s documentaries “The Sky Is Pink” and GASLAND, followed by a panel discussion with environment experts.

What is Fracking? Our country is in the midst of an unprecedented gas drilling boom brought on by a controversial technology called horizontal hydraulic fracturing or “fracking” into our domestic shale rock formations. Seeking ways to squeeze a yield from depleted oil fields, natural gas producers all over the country are forcing trapped natural gas up & out via high-pressure injecting millions of gallons of water, sand & toxic chemicals.

You may have heard about it on the east coast or midwest. Now intensive drilling and horizontal fracking has come to California, and our very own Inglewood/Baldwin Hills oil field (the largest contiguous urban oil field in America) is at the heart of the debate. Culver City Council recently took a bold step in sending a message to Governor Brown. So what’s next? Get informed and get active-

Come be a part of a fully informed public!

7:30PM:
Josh Fox’s new documentary short and follow-up to GASLAND,  “The Sky Is Pink” will screen first followed by the feature film documentary: GASLAND from HBO Documentary Films.
When filmmaker Josh Fox is offered money for the use of his land by a natural gas company, he begins investigating the booming industry and uncovers some disturbing revelations. The result is this acclaimed documentary, a study of Big Gas and the fracking practices that endanger us all, which plays like a riveting mystery tale.

Editor’s Note – If you are going from CC to SM to get informed about energy issues, remember to CARPOOL, TAKE THE BUS, or RIDE YOUR BIKE….no point in talking the talk if you’re not walking the walk. Feel free to use the comment column to organize –