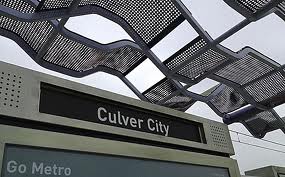 The Exposition Metro Line Construction Authority (Expo) has provided the City with an Executive Summary of a noise/vibration report that Expo recently had prepared for the Phase 1 portion of the Metro Exposition Light Rail Transit Line (LRT). The Expo report’s Executive Summary states that their analysis determined that there are no significant noise/vibration impacts in the Culver City area. The report further concludes that the Expo project has actually improved the ambient noise levels in the Culver City area by re-routing westbound National Bl. and constructing a soundwall for the project. On Thursday, August 2nd, the Expo staff/noise consultant will present the findings of this report to the Exposition Metro Line Construction Authority Board of Directors at its regular Board meeting.

The City of Culver City has retained an acoustical consultant to help the City address noise/vibration issues emanating from operations of the newly open Phase 1 segment of the LRT within Culver City. The City’s acoustical consultant will be preforming separate Short-Term (3-hr) and Long-Term (24-hr) measurements in the neighborhood to the north of the LRT Trackway. The City’s consultant will also be assisting the City in ensuring the project mitigations measures were constructed/installed in keeping with the intent of the environmental reports/noise analysis; review the Expo noise/vibration report; and, participate in any follow-up process with Expo to ensure the project mitigates the noise impacts per the environmental reviews. When the full noise/vibration report becomes available, City staff and consultant will be reviewing the report in detail prior to providing the City’s comments.

While the City staff/consultant have not completed our review of the Expo report, there is an obvious omission from the narrative in the Executive Summary. There is no discussion of the train speeds at the time the noise/vibration measurements were taken. The slower the speeds, the less noise impacts there are. The current lower speeds are not proposed to continue in the future. The project environmental documents anticipate maximum 55-mph speeds along the Culver City segment of the trackway. In addition to the lack of train speed information, the vibration measurements did not include measurements adjacent to the Sherbourne Dr. cul-de-sac, where the trackway crossover is located. The trackway crossover is the device that allows the trains to move from one track to the other. The project environmental documents identified the crossover as a having the potential to cause an impact and a specific mitigation measure was designed into the project to address the impact. The crossover is anticipated to be in continuous use until the Phase 2 segment to Santa Monica is opened in 2016.

City Staff will be providing additional information as it becomes available.