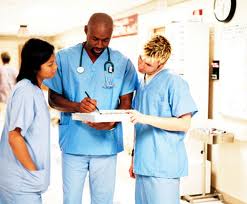 Governor Jerry Brown has signed into law a measure that broadens UCLA’s International Medical Graduate (IMG) program by allowing graduates of approved foreign medical schools to engage in “hands-on” training while being instructed in patient care by licensed California physicians.

The measure – AB 1533, which was authored by Assemblymember Holly Mitchell (D-Culver City) and takes effect in 2013 – was sponsored by the University of California and the Medical Board of California and passed with unanimous, bipartisan support. It allows medical school graduates of schools in Latin American countries whose curricula meet the Medical Board of California’s requirements and who legally reside in the U.S. to acquire the same supervised, interactive experience with patients as current UCLA medical students. Hands-on clinical experience is required to become a licensed physician in California, but these medical school graduates have been restricted to “observer” instruction until later in their medical training than graduates of U.S. medical schools.
UCLA’s IMG program, founded in 2006, is a pre-residency program that recruits talented bilingual and bicultural trainees from Latin America. As a condition of the program, the trainees make a two- to three-year commitment to practice in a medically underserved California community. The new law will mean more physicians in the areas of greatest need in California.

Dr. Patrick Dowling, chair of the Department of Family Medicine at the David Geffen School of Medicine at UCLA and co-founder of the IMG program with Dr. Michelle Bholat, the department’s co-chair, cited the example of one graduate of IMG who practices in Tulare County, which is 61 percent Hispanic yet has only 42 Hispanic physicians out of a total of 486.

“In doing so she not only addresses the immense shortage of primary care in the area but bridges the linguistic and cultural barriers that interfere with effective care for so many,” Dowling said. “With the newly expanded IMG program, we will have many more trained physicians who can do what she is doing.”

Mitchell, whose district includes UCLA, noted that the federal Affordable Care Act mandates health care for millions who are now uninsured, “so we need more physicians coming through California’s pipeline who are competent and committed to treat patients whose home language isn’t English.”

Dr. Cathryn Nation, UC associate vice president for health sciences and services, said the law will benefit underserved communities throughout the state by strengthening the preparation and path to licensure for bilingual physicians who are committed to working in areas of need.

Fifty-four UCLA IMGs currently are serving family medicine residencies in underserved communities in California. (See chart for areas where UCLA IMGs are now serving.) Current and past graduates say the program has been instrumental in helping them achieve their dream of practicing medicine in the United States and helping medically underserved communities. Marcos Uribe, who comes from Mexico and will complete the program in 2013, noted that currently he can only observe and not participate in patients’ care, even when the patient speaks only Spanish.

“I’m thrilled that AB 1533 passed, not just for the ways in which it will enhance my own education and training but as one more sign that I am welcome here, and that my contributions both in training and in my eventual career as a doctor are appreciated and needed,” Uribe said.

Dr. Blanca Campos completed the IMG program in 2008 and now practices medicine in Wilmington, Calif., which could use more doctors who have the training, cultural and language skills to meet the community’s needs.

“AB 1533 is so important for people like me, who were educated in medicine in other countries, but would like to practice here in the United States,” the Belize native said. “Training as part of a medical team, where one can learn how to interact directly with patients, is really important in developing our skills, particularly for IMGs. It’s a vital component of becoming a competent physician as well as a trusted member of the medical team.” She said she looks forward to being a positive role model for the families and patients she works with and inspiring some of them to follow in her footsteps.