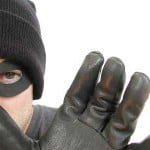 On July 17, 2012 at 8:00 pm, officers responded to the 4000 block of Globe Avenue regarding a burglary investigation. The officers met with the victim who told them the following; she left her residence at 9:00 am and one left with the one window opened. When she returned at 7:40 pm she discovered her front door opened and her property missing.

Burglary from a Vehicle:

On July 19, 2012 at 7:25 am, a victim called the police department to report his property had been stolen from her vehicle. The victim said he parked and locked her 2002 BMW in the 10800 block of Arizona Avenue on July 18th at 6:00 pm. When he returned the next morning he discovered the passenger rear window broken and his property missing.

On July 21, 2102 at 9:15 am, officers responded to the 6000 block of Sepulveda Boulevard regarding a robbery investigation. The officers met with the victim who told them the following; he was waiting for the bus and listening to music when a suspect approached him and produced a handgun and demanded his property. Fearing for his safety, he gave the suspect his property. The suspect was described as a male Black, 5’9-5”10, medium build, and wearing a black hooded sweatshirt.

On July 22, 2012 at 7:55 pm, officers responded to the 5200 block of Sepulveda Boulevard regarding a robbery investigation. The officers met with the victim who told them the following; two suspects entered the location and demanded that she open the safe. The victim fearing for her safety retrieved the property and the suspects fled the location. The suspects were described as male Blacks, 5’8 to 5”10, early twenties, both wearing black hoodie sweatshirts and dark colored jeans.