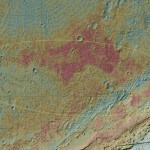 NASA’s most advanced planetary rover is on a precise course for an early August landing beside a Martian mountain to begin two years of unprecedented scientific detective work.  However, getting the Curiosity rover to the surface of Mars will not be easy.

To achieve the precision needed for landing safely inside Gale Crater, the spacecraft will fly like a wing in Mars’ upper atmosphere instead of dropping like a rock.  To land the 1-ton rover, an airbag method used on previous Mars rovers will not work.  Mission engineers at JPL designed a “sky crane” method for the final several seconds of the flight.  A backpack with retro-rockets controlling descent speed will lower the rover on three nylon cords just before touchdown.

During a critical period lasting only seven minutes, the Mars Science Laboratory spacecraft carrying Curiosity must decelerate from about 13,200 mph to allow the rover to land on the surface at about 1.7 mph.

Curiosity will use tools on a robotic arm to deliver samples from Martian rocks and soils into laboratory instruments inside the rover that can reveal chemical and mineral composition.  A laser instrument will use its beam to induce a spark on a target and read the spark’s spectrum of light to identify chemical elements in the target.

Other instruments on the car-sized rover will examine the surrounding environment from a distance or by direct touch with the arm.  The rover will check for the basic chemical ingredients for life and for evidence about energy available for life. It also will assess factors that could be hazardous for life, such as the radiation environment.

The chosen landing site is beside a mountain informally called Mount Sharp.  The mission’s prime destination lies on the slope of the mountain.  Driving there from the landing site may take many months. 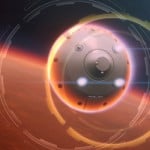 In a NASA–Microsoft collaboration, a new outreach game will to give the public a sense of the challenge and adventure of landing in a precise location on the Martian surface.  Called “Mars Rover Landing,” the game is an immersive experience for the Xbox 360 home entertainment console that allows users to take control of their own spacecraft and face the extreme challenges of landing a rover on Mars.

“Technology is making it possible for the public to participate in exploration as it never has before,” said Michelle Viotti, JPL’s Mars public engagement manager.  “Because Mars exploration is fundamentally a shared human endeavor, we want everyone around the globe to have the most immersive experience possible.”

NASA has several other forthcoming experiences geared for inspiration and learning in science, technology, engineering and mathematics.  Information about many ways to watch and participate in the Curiosity’s landing and the mission on the surface of Mars is available at:

For more information about the mission and to use the new video game and other education-related tools: 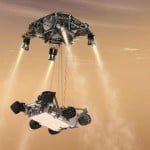 On Sunday evening, August 5, you can witness the Curiosity landing in real-time at the Pasadena Convention Center, 300 E, Green St.  Planetfest, a two-day weekend celebration focused on the Curiosity landing, features some 30 scientific experts plus dozens of artists and performers.  Sunday evening’s program includes a play-by-play live narration of the spacecraft’s decent and landing.  An unforgettable addition to your space memories!  Details: www.planetary.org/get-involved/events/planetfest-2012/