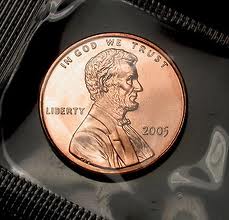 After weeks of conversation, information and deliberation, the City Council approved a local sales tax for the November ballot and recommended an advisory committee to oversee the funds.

“Five or six weeks ago when we began discussing this city’s financal position..we insisted that the staff go out with us ..so that the  public could ask and questions and give us some input. What we had not thought of was that we would have to listen to this presentation five times, so once more…” Mayor Andy Weissman began the Monday July 16 meeting as the final financial installment before voting on the proposed sales tax.

With five different options on the agenda, from a half a cent to three quarters, and options of sunset or no sunset clause, the council all settled for what they perceived as the safest option.

City Manager John Nachbar noted  “With regard to the sunset clause,  we don’t feel that this [financial crisis] is a temporary problem. The financial issues we have now are not going to be resolved in five years, so putting an end limit on this may not serve to help us resolve the issue.”

Nevertheless, the council voted for a ten year limit on the half-cent increase in the sales tax.

Muir continued ” If you took our five year forecast, and looked at the idea is that maybe in the future the sales tax won’t be needed. I don’t think that’s true.”

Adding in examples of other ways that the city can raise revenue, he offered “We can  estimate about $900,000 from parking meters, but there’s a limit to how much revenue we can generate from this.” His concern that a sunset clause would dilute much of the good to be gained by the sales tax went unheard.

She stated “We need an advisory committee.”

When it was the council’s moment to speak, Andy said ” This is the most difficult decision that I have faced  in all my years on the council. Because of the problems at the state and city level, this has to be taken as a financial emergency.”

Council member Jim Clarke offered “I just want to let everyone know we are not in the same situation as San Bernadino,  even though this does require to declare a fiscal emergency, our problems are not anywhere in the same scope as theirs.”

Meghan Sahli-Wells began by saying that she would vote for the governor’s tax increases already scheduled for theNovember ballot. “If you are aware of the effects of these trigger cuts, all of these tax increases will be important.”

Mehaul O’Leary also went for the lowest tax option. “I am a businessman and not much of a gambler.” His need to ask for a little as possible slid the discussion decidedly down into the half-cent zone.

When it was Jeff Cooper’s turn to speak, he held that all the evidence that had been offered by  both Muir and Nachbar seemed to say that a higher tax and a longer sunset clause would not have any of the ill effects that the council were considering.

Taking the lowest tax proposed, a half a cent, the council voted with five “ayes.”