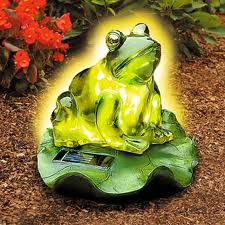 California state regulators have ordered Expo Line officials to replace a flawed piece of track known as a ‘frog’ that could trigger a derailment.

According to the Los Angeles Times, The California Public Utilities Commission cited problems with a short length of rail called a “frog” at Washington Boulevard and Flower Street, where the Expo Line and the Blue Line merge near downtown Los Angeles. A frog is a piece of track no longer than a couple of feet that helps guide train wheels through a switch connecting one set of rails to another.

In the last few months, two attempts to solve the alignment problem by welding extra metal to the frog have failed, apparently because of excessive wear. County transit officials have said the problem presents a derailment risk for southbound Blue Line trains.

“The current frog is unacceptable,” Emory J. Hagan, director of the commission’s consumer protection and safety division, wrote in the order to local transit agencies. “It is a non-standard frog with a non-standard ‘fix’ and a repeatedly failing weld.”

Hagan’s order also states that the automatic train protection system for the Expo Line has not worked as designed and does not comply with conditions the PUC set before the line could be placed into service. The first 7.9 miles of the $930-million project from downtown- to Culver City opened April 28.

The commission, which regulates certain rail operations in California, states in the order that there has been a periodic loss of communication between Expo trains and the automated system, which is designed to warn operators of potential hazards, speed violations and conflicts with other trains. The lapses have caused trains to automatically stop as a precaution.

Hagan directed both the MTA and the Expo construction authority to develop timetables for fixing the line’s automatic train protection system and the expedited repair of the Washington and Flower junction with “an appropriately designed, manufactured and installed frog.”

The order demands that a replacement schedule for the frog be submitted to the commission by Aug. 20.

Thorpe, who initially thought the weld was a solution, said he didn’t know whether replacing the frog would work. He added that the MTA and the Expo authority would like national track experts to evaluate the junction.

Thorpe added that problems with the automatic safety system, including intermittent false signals to train operators, should be fixed soon.

The track alignment problem was first noticed in June 2010, when MTA officials discovered excessive wear and damage to wheel flanges and the pins that hold wheel assemblies to Blue Line cars. Internal agency reports state that the defect presented a potential risk of derailment in the junction or anywhere else on the Blue Line.

Trying to avoid the cost and service disruptions that would be required to replace flawed tracks, transit officials attempted to solve the problem by welding a bulb of metal to the frog and lengthening rail guides for train wheels.

Officials say the repair effort and a stringent inspection program imposed by the utilities commission as a condition of operating Expo has eliminated any threat of derailment for the Blue Line, which is one of the nation’s busiest light-rail routes with 140 daily trains and an annual ridership of 26 million passengers.

“We all have concerns about it,” said county Supervisor Zev Yaroslavsky, who sits on the MTA and Expo boards. “But I am also satisfied that Metro and Expo are moving swiftly to fulfill the requests made by the Public Utilities Commission. It is not an exigent danger as long as we are on top of it.”

“At a minimum, we have a lack of transparency between the MTA’s executive staff and the board,” said Mark Ridley-Thomas, who also sits on the Expo board. “For the MTA board to be kept in the dark on safety issues is something that has to be corrected forthwith.”