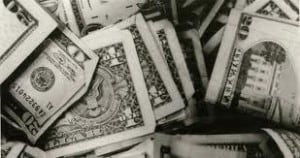 Will the city put two sales tax proposals on the ballot in November? Suggestions are still being taken.

Over the past two years, the city of Culver City has cut 78 jobs at City Hall, and more cuts will have to be made unless we can find a way to raise more revenue. General fund expenses that came out of emergency reserves totaled $7 million last year, and are expected to come to $5 million in the current budget.

The City’s C.F.O., Jeff Muir said “The problem we face is not a temporary problem, it is a permanent problem. But it’s an easy math problem; we reduce costs or increase revenues.”

The small crowd sitting in the folding chairs at Linwood E. Howe on Monday July 9 listened to Muir, and the council, and offered their thoughts and suggestions.

Linda Shahanian, while praising the affordable housing now being built at Tilden Terrace, felt that the state’s withdrawal of redevelopment money seemed fair.

“You can’t solve the problem without knowing what the problem is,” Shahanian began, “and hearing about the redevelopment money that the city has been using to fund general city positions rather than  to supply low income housing does make it seem that the governor’s position is justified. We need to be honest that we did not meet our obligations in regard to redevelopment, and we should not have been using this money for things like the summer music festival. Let’s figure out what we need to do get the city on track.”

Mayor Weissman responded “I don’t think any of use have failed to recognize that we made our own bed [by moving redevelopment money into the general fund.] We were on a path to wean the city from the money, but the problem of using redevelopment funds to supplement the general fund goes back decades. [The money]  did enable the community to enjoy a higher level of services, and our community has come to value the level of service, which has an impact on property values.”

While the city has been changing it’s financial structures over the last two years to ‘wean’ programs off of the redevelopment money, the state’s cut off of the funds became an unforeseen ‘cold turkey’ withdrawal.

What is being considered to fill the budget gap is a half-cent sales tax, which was presented to a sample of likely voters through a telephone interview in May by Rick Sklarz of FM3, a public opinion research firm. Of those surveyed,  69% said they would vote yes on a half-cent sales tax to maintain services (fire, police, street repairs) for Culver City.

But a half-cent will only keep the at the current budgeting level, leaving City Hall down almost 20% of it’s previous staff.

Discussion of putting a proposal for three-quarters of a cent on the ballot came up, with Muir reminding the audience that “more than 100 California cities have a local sales tax.”

Council member Jim Clarke asked City Attorney Carol Schwab if “we could put two proposals on the ballot – one for half a cent and one for three-quarters? ” Schawb responded that she thought it would be legal, but would have to research the details.

Another dialogue on city finances will take place tonight, July 11 at the Culver City Democratic Club meeting at the Peace Center, 3916 S. Sepulveda Blvd. at 7 p.m.