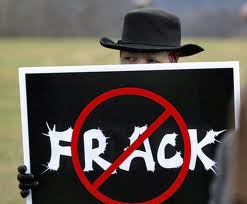 At the school board meeting on Tuesday July 10, an interim superintendent was approved, a new principal for La Ballona was hired, an application for a charter was denied, and a dialogue about fracking moved towards becoming an official statement.

With School Board President Karlo Silbiger on vacation, the four board members present did a brisk job of business with Kathy Paspalis presiding over the meeting.

Eileen Carrol was approved as interim superintendent, Leslie Lockhart was seated as assistant superintendent (“It’s nice to sit at the big kids table,” she joked ) and Jennifer Slavnic was welcomed as the new principal for La Ballona Elementary, coming from Glendale Unifed with a stellar resume in languages and arts.

ISPY –  the Innovatory School for Professional Youth request for a charter was denied. While their proposal was scheduled for a vote, several speakers came to the podium to ask for more time. Local home schooling mom Heather Crans-Vargas made a point that this charter could meet the needs of students who needed an open learning schedule, but it was the charter applicants themselves who spoke at length about why it was wrong to deny the charter.

In their proposal, they offered “The Innovatory School for Professional Youth (ISPY) will provide opportunities for advanced virtual classroom learning coupled with real world experiences outside the  classroom.  ISPY is designed for professional actors, athletes, musicians, at-risk youth or
any other student who wants a home school experience that is both meaningful and  sufficiently rigorous to produce authentic learning.   ISPY will achieve academic  excellence by implementing a student-centered model, which balances a student’s desire for freedom/individual creativity with the form needed for a successful and accountable academic program.”

ISPY founder Jessica Jacobs spoke in an angry and defensive tone, stating that CCUSD had not given them a chance to rebutt the challenges to the charter,  and said that “We understand your concerns about losing students to us, but that is no reason to deny our request. As we have expressed since day one, we want to work with you…We are not just shopping, we chose Culver City with intention, and we will work with you.”

Board member Laura Chardiet simply responded “Whenever a charter school comes [to us] we have to use district resources, and as our resources are limited,  that concerns me. I think we are in our legal right to deny the petition.”

Paspalis noted that “We have had  a number of proposals for charters and this is the weakest I’ve seen yet. ” She went on to point out that there was no facility, that the board of directors was not fully formed, and that the “at-risk youth” targeted in the proposal may not have even have the internet access required to be a part of this on-line school.

The vote to deny the petition was unanimous.

While there was a letter from the vacationing President Silbiger asking that the board not take a stand on fracking while he was not present, Paspalis pointed out that the legislative session would closed before Mr. Silbiger’s return, and since they had a quorum there was no reason for the board to wait. “If we put this off, we going to be closing the barn door after the horses are gone.”

Starting with a power-point presentation by Paul Ferazzi showing the methane leaking throughout the city using infra-red photography, and continuing with Maren Neufeld (Moms Against Fracking ) and Suzanne De Benedittis (Make Culver City Safe) offering facts and figures on the dangers of fracking, there was solid support for the board to take a stand against the unsafe and unregulated procedure.

The board agreed to make it an action item at the next meeting, July 24.