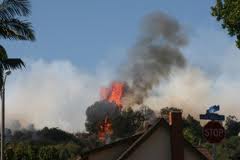 More than 4 acres of oil field burned in nearby Montebello on Monday July 9, at a PXP operated site.

According to the Los Angeles Times, a fire at a Montebello oil field scorched more than four acres Monday afternoon and continues to burn, fire officials said.

The fire started shortly before 3 p.m. and quickly spread on property near the 300 block of Casa Grande Avenue, according to the Montebello Fire Department.

No one has been injured and no structures are in danger, fire officials said. The cause of the fire has not been released.

The oil field is owned by Plains Exploration and Production, an oil and gas company.