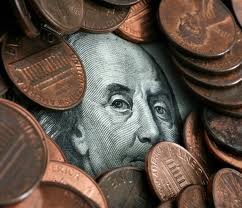 The Culver City Chamber of Commerce announced Friday June 29 that it will support the City of Culver City’s proposed half-cent city sales tax as long as the proposed new tax only remains in effect for the next five years.
As the strongest voice for business in the community, the Chamber typically opposes tax increases, but Goran Eriksson said the city is facing an unprecedented financial challenge.
“The State of California has eliminated redevelopment agencies throughout the state, which has had a severe impact on Culver City because our extremely successful redevelopment agency added to the economic base of our city and assisted the city in many budgetary issues.”
The city had been in the midst of a five-year process to reduce its need for assistance from agency funding at the time the agency was eliminated and now faces a significant budget shortfall as a result of the loss of agency revenues. A five-year, half-cent city sales tax would allow the city to complete its planned transition to a balanced budget as long as it continues its efforts to address the General Fund’s structural deficit in a meaningful way.
“We believe that is the key,” Eriksson said. “We support this sales tax increase because it will enable the city to complete the plan to address the structural deficit that has already been started. But we will be watching closely to make certain that the city continues to place a priority on living within its means and planning for the future.”
The Chamber urged the city to undertake an economic growth strategy that would allow the city to generate new revenues and ultimately grow out of some of its budgetary issues.

MISSION STATEMENT:  The Culver City Chamber of Commerce is the authoritative voice that advocates and represents business’ interests and viewpoints on issues affecting their
community. We actively seek to provide services, expertise, and resources in an open, mutually beneficial environment to help our members to succeed and prosper. We effec-
tively promote the community, the Chamber, its members and our accomplishments.
“The structural budget needs to be addressed sooner than later and much of it needs to be done through appropriate user fees to remove the tax burden from the general public and the business community,” said Chamber President Steve Rose, a former mayor and councilman. “The Chamber has spent a lot of time focusing on ways to make sure that user fees are the preferred tool for helping us dig out of this economic hole. It’s simply not fair to ask business alone to shoulder that burden.”

Among the proposed user fees supported by the Chamber are:
•  Rental fees for city buildings and facilities – A review and implementation of appropriate fees, including a capital reserve fund, needs to be charged for all city property. Over the past 40 years, the Redevelopment Agency funded most, if not all, capital improvements to city facilities. While there might be consideration of reductions in fees for some youth programs, it is important that users of these facilities pay “the going rate” and are no longer subsidized by the city.
•  Parking Meters – The Chamber supports placement of parking meters in all retail business areas in Culver City. Not only would parking meters create a “churn” in parking, allowing new customers to park near businesses on busy retail streets as other shoppers leave, but those meters can be an important revenue source for the city.  In the past, the placement of parking meters was determined on a block-by-block basis, but that methodology needs to be changed to one that looks are larger areas.
•  Parking Fees in City Lots – The Chamber supports the elimination of free parking in all city parking lots.
•  City Fees – The Chamber believes the city should undertake a thorough review of all city fees and develop a fair fee-for-service formula.
“These proposed increases in fees and charges need to be implemented sooner rather than later to benefit the city’s financial picture as rapidly as possible,” Eriksson said. “Fees for city parking should be placed in a capital improvement fund for the duration of the five-year city sales tax to be spent on maintenance of city facilities such as City Hall, which is reaching its 20-year anniversary and is in need of maintenance.”
Rose said the Chamber hopes to work cooperatively and proactively with the city to address the budget situation.
“We commend the city for the hard work that has already been done, but there is much work that remains,” he said. “The sales tax increase is not a panacea, and we expect that the city will continue to explore new ways to increase revenues and reduce expenses.”